My last project having come to an end at the end of August.  I’ve been casting my net for a new job of work, aiming to score my next little piece of the professional gig economy.  And, to be sure, things have changed in the consulting world since I took the 36-month project that just concluded.  The primary change is one that’s rather to my liking:  Every project I’ve been approached about is 100% remote.  I can do all the work from my Alaska office.

While I’m glad of that effect the ‘rona has had on the workplace – and to be fair, the trend was moving in that direction before the ‘rona – the little bit of gypsy in me will kind of miss the traveling life.  In my professional capacity I’ve been fortunate enough to travel to places like Japan, a country I quickly fell in love with, and China, which I wasn’t so fond of.  I’ve been to Europe, to South Africa, various places in Canada and Mexico, and of course all over the United States.

It used to be that consultants in my industry were like wild geese; always ready to fly to where we were needed.  More and more we are telecommuting now, though, and I have to admit, as I get older, and especially now that we finally have achieved our goal of a rural Alaska home, I’m kind of glad to do the work remotely.  We’ll save our travel shoes for when we can take trips for fun.

This, sooner or later, will end badly.

Well, I’m not going to start worrying just yet.

This is criminal incompetence.  And, arguably, a war crime.

Maureen Dowd tries to excuse the inexcusable, and fails.

And Joe Biden is out on a bike ride. 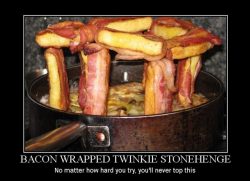 Meanwhile, in the Imperial City, the Biden(‘s handlers) Administration continues its free-fall.

Yeah, Chuckie, well I’m deeply disappointed that the people of the state of New York keep sending an asshole like you to the Senate.

It’s happened before, and it will probably happen again.

The new B-21 bomber is farther along than we thought.

This is giggle-inducing.  Thus the popularity of “Miss Me Yet?” Trump merchandise.

Well, this is a stupid idea.

The New Republic‘s Alex Shephard is an idiot.

The Atlantic‘s Tom Nichols is an idiot.

Well, this guy’s sure an idiot.

Jonathan Chait is an idiot.

Eric Holder is an idiot.

San Francisco seems increasingly to be populated by idiots.

Why Biden Bet It All On Mandates.  Because he’s senile, and an idiot.

The Guardian’s Nova Reid is an idiot.

Frank Zappa was one of the best guitar players that ever lived, but much more than that, he was a figure of singular genius.  His style was his own; his music didn’t fit any established genre, it was simply “Zappa.”  He wrote and conducted symphonies, at one point releasing an album of a symphony of his own composition, in which recording he personally conducted the London Symphony Orchestra.  He toured with huge bands, and his concerts were each one an event unto itself.  He also fought long and hard against anal-retentive assholes like Tipper Gore, who wanted trigger warnings on album labels.

One of my favorites of Zappa’s pieces is the instrumental Peaches en Regalia, from his 1969 album Hot Rats.  Here is the original studio cut of that piece.  Enjoy.