One of the interesting summer visitors to the Great Land is the Varied Thrush (Ixoreus naevius), a relative of the more common American Robin who also hits up our area for summer feeding & breeding. 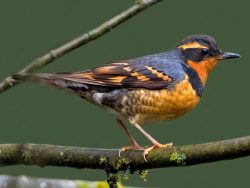 But while the robins sing loudly and melodiously from the tops of trees, and hunt insects and worms in our open yard, the Varied Thrush prefers to stay well back in the brush, away from the open areas.  It’s song isn’t much, just a metallic trill, repeated here and there in the undergrowth.  I haven’t been able to lay eyes on one yet, but we hear them every day.  Sooner or later I’ll have to wander into the mosquito-laden woods and find one.  Hearing them is good, but actually laying eyes on a bird is somehow more satisfying.

Well, here’s a rare bit of good news out of California.

I love a happy ending II.

The redpilling of Bill Maher continues.

There are still a few honest liberals around.

It’s all part of the plan.

Your dollar is now worth less than it was a month ago.

The Germans do have a reputation for building good tanks. 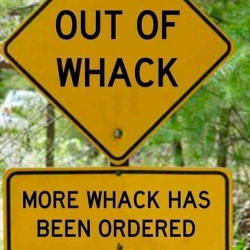 The Philly Enquirer’s editorial board are all idiots.

MSNBC’s Charlie Sykes is an idiot.

The daffy old Bolshevik from Vermont is still an idiot.

Maureen Dowd is an idiot.

The Hill’s Bill Schneider is an idiot.

The question these idiots can’t answer is “at what cost?”

Are these idiots threatening an insurrection?  Imagine the reaction from the legacy media if these were Republican congresscritters.

Up until the early Seventies, America’s Songwriter, Bob Dylan, was mostly known as an acoustic folk artist.  But in 1975 and 1976, he put on the Rolling Thunder Revue, set in a variety of small venues around the country.  One of those shows was televised, that being the May 23, 1976 show in Fort Collins, Colorado.  That recording later became the live album Hard Rain, and that concert also presented my favorite version of what I consider one of Dylan’s finest songs, Shelter From the Storm.

This performance settled any doubts that the folk artist Dylan could also do rock & roll.  Here, then, is that piece from that show.  Enjoy.