Housekeeping note:  Next week being Thanksgiving week, you may rely on regular posts through Wednesday.  We’ll post some toothsome holiday placeholder totty through the holiday and possibly through the following week; I have some personal business that may require full involvement the first part of that week.  If there are regular posts, they may be on the Spartan side.  Regular posts should resume with that week’s Hump Day news.

In fact this week’s linkage is a little terse.  I’m just now picking back up on my normal daily news crawl.  And so…

Well, the Senate is gone.

The Ukraine War is not WW3.  So then why are we pouring billions of dollars into it?

They can, but will they? 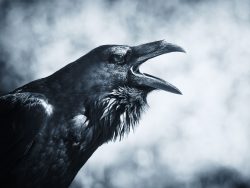 Crows are friggin’ smart.  People, I’m not so sure about.  Maybe we should put the crows in charge.

Yeah, good luck with that.

Chicago crime is out of control, and their Mayor is an idiot.

Liawatha Warren is an idiot.

Politico’s Jeffrey Sonnenfeld is an idiot.

Back in 1985, we were still in the early years of video music, when the band Dire Straits did something neat – they released a computer-generated, animated video for their song Money for Nothing, from the album Brothers in Arms.

Give this song a listen (and enjoy the neat video) and ask yourself the likely outcome should Dire Straits release it today.  Just look at this verse:

I still think it’s a good tune, and I still enjoy the video, even after all these years.  Here it is, then; enjoy.