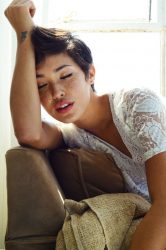 This is something of a recurring theme here, because it’s something I find interesting.  Today, from a Guardian article earlier in the week, is the question:  Do We Have to Age?  Excerpts, with my comments, follow:

The hope isn’t that we get to live longer for the sake of it, it is that we live longer in good health. Some people call this longevity; (Author, biologist Michael) Steele refers to “increasing a person’s ‘healthspan’”. “There’s this misconception when you talk to people about treating ageing,” he says. “They imagine they’re going to live longer but in a state of terrible decrepitude, that you’re going to extend their 80s and 90s so they’re sat in a care home for 50 years. That doesn’t make sense from a logical perspective or a practical one.” 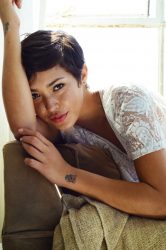 “Nobody would want it,” he says. Then he raises an eyebrow. “It’s surprising that people would actually think scientists would want that.”

There’s an old fable in there somewhere about living forever as a decrepit, broken-down old man.  But yes, longevity would be great – if it could be a healthy, active longevity.  That’s the real goal that gerontology research should have.  And Steele seems to be pursuing just that:

Eventually, (Steele) says, “I think we are very likely to have a drug that treats ageing in the next 10 years.”

Steele believes we will be hopelessly unlucky if scientists don’t make a breakthrough within that time, given how many human trials are in

progress or upcoming. And although these breakthroughs won’t result in treatments that extend our lives by 100 years, they will give us enough extra time to ensure we’re alive for subsequent breakthroughs, subsequent treatments, subsequent additions in lifespan and so on. Our lives will be extended not all in one go but incrementally – one year, another year, suddenly we’re 150. In Ageless, Steele talks of a generation of people that grows up expecting to die but, thanks to an accumulation of new treatments, each more effective than the last, just doesn’t. “One after another,” he writes, “lifesaving medical breakthroughs will push their funerals further and further into the future.”

What Steele is talking about isn’t immortality; people will continue to die. Science won’t help if, looking down at your phone, you walk out into the road and get hit by a car. Or if you fall off a ladder and break your neck. Or if you are unlucky enough to be hit by a missile in a war zone. Or if you contract a virulent infectious disease that has no vaccine. But it will result in lifespans that are significantly longer than what we currently consider normal.

And that’s the goal.

As I’ve said before, I could live a thousand healthy years and never run out of stuff I wanted to do.  Hell, a thousand years from now a liner to visit the colonies on Proxima Centauri might be an option; look back a thousand years, or even a hundred years, and ask yourself how many people could even imagine the technology we have at our disposal today.

But they would have to be healthy years.

Breakthroughs like this, assuming it happens, always come with a tradeoff, and in this case that’s population.  While the Earth’s population of humans is expected to level off in the next century and even begin a decline, assuming current trends continue, a drastic expansion of lifespan could quickly reverse that.  This little blue ball could start to get distinctly crowded, making that last great luxury – privacy – even more of a premium commodity.

I think Mrs. A and I will be all right in rural Alaska for quite a while even so, and were I offered the chance to live for even a hundred and fifty healthy years, you can be damned sure I’d jump at the chance.