The Food Babe Blogger is Full of Shit.  Cute, but full of shit.  Excerpt:

Vani Hari, AKA the Food Babe, has amassed a loyal following in her Food Babe Army. The recent subject of profiles and interviews in the New York Times, the New York Post and New York Magazine, Hari implores her soldiers to petition food companies to change their formulas. She’s also written a bestselling book telling you that you can change your life in 21 days by “breaking free of the hidden toxins in your life.” She and her army are out to change the world.

I am an analytical chemist with a background in forensics and toxicology. Before working full-time as a science writer and public speaker, I worked as a chemistry professor, a toxicology chemist, and in research analyzing pesticides for safety. I now run my own blog, Science Babe, dedicated to debunking pseudoscience that tends to proliferate in the blogosphere. Reading Hari’s site, it’s rare to come across a single scientific fact. Between her egregious abuse of the word “toxin” anytime there’s a chemical she can’t pronounce and asserting that everyone who disagrees with her is a paid shill, it’s hard to pinpoint her biggest sin.

The problem is, Ms. Hari has plenty of company.  The fact that purveyors of the ongoing pranks and hoaxes around Dihydrogen Monoxide still find new rubes to fool every day speaks eloquently to how science-illiterate most Americans have become.  (Granted, things could be worse – much worse.) 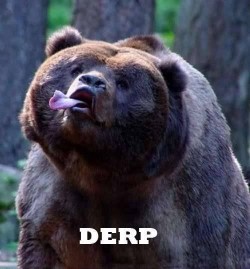 Back in the late 1990s when I was writing Misplaced Compassion, I ran into a young woman who vehemently claimed to believe that there was a city of superhuman aliens called the “Inner Earth Beings” who lived under a dormant volcano in (where else?) California.  At the time I toyed with the idea of writing another non-fiction work entitled “Weird Shit People Actually Believe, and the Weird People Who Believe Them.”

Then I found out someone already wrote it.  Go check it out; it’s a great read.  Check out the Science Babe, too.  I have a hard time forgiving her for working on the 2008 Obama campaign, but she’s great on lots of other stuff.