To get the economy moving again, President Reagan cut taxes, simplified the tax code, reined in regulations, kept spending under control, and generally treated government as more of a problem than a solution to many of the country’s troubles.

Obama promised to set the country on a new and different course, and has been doing a bang-up job of it ever since. He boosted spending, raised taxes, vastly complicated the tax code, unleashed federal regulators and massively expanded the entitlement state with ObamaCare.

And how did these two visions work out?

In the first five years of the Reagan recovery, the economy grew 4.6% a year on average. Under Obama, it’s been a paltry 2.2%.

Employment had climbed more than 18% by this point in Reagan’s recovery. Under Obama, it’s a mere 7.2%.

Looked at another way, the growth gap between Obama’s economic policies and Reagan’s is now $2.4 trillion in lost GDP and a stunning 14.4 million in lost jobs. 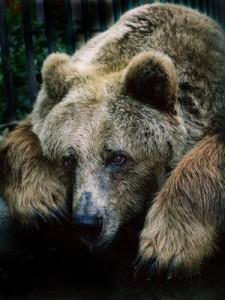 To say the Obama Administration is peopled with economic illiterates is the biggest understatement since August 1945, when Emperor Hirohito said “The war in the Pacific has not necessarily developed in Japan’s favor.”

History shows us, eloquently, how to get an economy moving.  Forget President Reagan – President Kennedy, to whom Barack Obama likes to compare himself (unjustly) also cut marginal tax rates and presided over an economic growth phase that made the current “recovery” look pathetically anemic.

So why does the Obama Administration refuse to learn from history?  Because ideology trumps economics for these people.  The endless “soak the rich, spend spend spend” strain of Keynesianism that seems inexhaustible is what takes the place of competency in economic policy.  And mortgaging our grandchildren’s futures takes the place of fiscal sanity.

If there is any better reason to change course in 2016, I can’t think of what it might be.