Thanks again to The Other McCain, Pirate’s Cove, Whores and Ale and Bacon Time for the Rule Five links!

RIP, Queen Elizabeth II.  I abhor the concept of royals (seriously, fuck all ‘nobles’ and all such assorted horseshit) but I will say that the Queen always handled herself with style, class and grace.  Her reign began in 1952, when Harry Truman was President (!).  Imagine that – serving as head of state for seventy years.  The Brits I have been friends with over the years all admired her personally, even those who were opposed to the concept of royalty.  My mother was fond 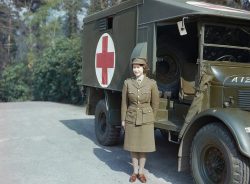 of pointing out that “Lilibet,” as she was known to her family at the time, was a WW2 veteran of sorts, having served in the Auxiliary Territorial Service.

Setting aside the whole outdated concept of royalty, she was a remarkable person that the British people – and others – admired, and we note her passing with respect.

Now, to drop the other shoe:

It’s official:  King Charles III.  There’s no way this jug-eared bonehead won’t fuck this up.  The crown, were they to keep it – and obviously they are – should have been passed on to Prince William, who inherited the better genes from that family, having his mother’s looks and his grandmothers’ brains.

The less said about that ingrate fuck Harry the better.

It’s fortunate for the formerly-Great Britain that the Royal Family has little real power any more.