Thanks as always to The Other McCain, Whores and Ale, Pirate’s Cove and Bacon Time for the Rule Five links!

Have a look at this, from Compact’s Michael Anton; some of the conclusions are, well, frightening.  Excerpt:

The people who really run the United States of America have made it clear that they can’t, and won’t, if they can help it, allow Donald Trump to be president again. In fact, they made this clear in 2020, in a series of public statements. Simply for quoting their words in an essay for The American Mind, I was mercilessly mocked and attacked. But they were quite clear. Trump won’t be president at noon, Jan. 20, 2021, even if we have to use the military to drag him out of there.

If the regime felt that strongly back then, imagine how they feel now. But you don’t have to imagine. They tell you every day. Liz Cheney, Trump’s personal Javert, has said that the 45th president is literally the greatest threat facing America today—greater than China, than our crashing economy, than our unraveling civil society.

That’s rhetoric, of course, but it isn’t merely that. It’s safer, and generally more accurate, to assume that your adversaries mean what they say. If you doubt this, ask yourself: When was the last time they acted more moderately than they talk?

Even if it is just rhetoric, the words nonetheless portend turbulence. “He who says A must say B.” The logic of statement A inevitably leads to action B, even if the speaker of A didn’t really mean it, or did mean it, but still didn’t want B. Her followers won’t get the irony and, enthused by A, will insist on B.

Take some time to listen to the mainstream media. It doesn’t have to be long; five minutes should do. Then spend another five or so reading the statements of prominent politicians other than Trump. To round it out, sacrifice another five on leading intellectuals. It should become abundantly clear: They all have said A and so must say—and do—B.

To what lengths, one might ask, is the anti-Trump crowd willing to go to prevent his re-assuming the Presidency in 2025?  Well, prior to 2016, I wouldn’t have anticipated any more than the flood of whining we heard after the 2000 election.  But now?  I’m not so sure.  The actions the Left might take to prevent a second Trump Presidency may well be, well, nation-ending.  Anton mentions some possibilities; here’s the worst scenario:

Which leaves Plan F, which they have already sketched in broad outlines. I don’t know exactly what form it will take, but they have made clear that “under no circumstance” can Trump be allowed to take office again. Among the “circumstances” covered by the word “no” would seem to be an Electoral College majority, or a tie followed by a House vote in Trump’s favor.

What happens then? Well, in the words of the “Transition Integrity Project,” a Soros-network-linked collection of regime hacks who in 2020 gamed out their strategy for preventing a Trump second term, the contest would become “a street fight, not a legal battle.” Again, their words, not mine. But allow me to translate: The 2020 summer riots, but orders of magnitude larger, not to be called off until their people are secure in the White House. 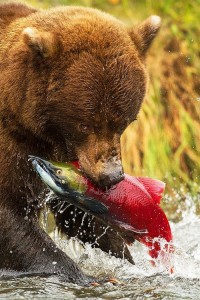 The results of that – whether they are successful or not – may be impossible to recover from, not as a nation.  It might mean a fragmenting of the nation into parts, it may mean a complete collapse into chaos, it may mean a descent into a strong-man dictatorship.  Either way, were Plan F put into play following a Trump electoral victory, I don’t see the United States emerging from this whole.

I’d like to say I can’t imagine it coming to such a pass.  A few years ago, I would have laughed at the very notion.  But now?  Now?

Buy ammo.  Stock up on preservable foods.  Better to be cautious and have it end up not being necessary, than to be caught out.