Thanks as always to The Other McCain, Bacon Time, Pirate’s Cove and Whores and Ale for the Rule Five links!

It looks like the final field for Alaska’s special Congressional election is set:

Republican Sarah Palin maintained her lead over the rest of the field, even as the total percentage of votes she’s corralled shrank slightly, going from 28.19% of all ballots cast on Wednesday to 27.59% Friday. The former Alaska governor leads by over 12,000 votes over her nearest election competitor, Republican candidate Nick Begich, who now holds 19.27% of all ballots.

The latest count by the Division of Elections shows 150,036 ballots counted, up from Wednesday’s count of 134,179, in the race to decide who will finish out the term of the late Rep. Don Young. The 150,036 ballots currently counted represents a 25.55% voter turnout.

Behind Palin and Begich are nonpartisan candidate Al Gross with 12.65% of the vote and Democrat Mary Peltola with 9.44%. The top four vote-getters advance to the Aug. 16 special general election.

The Associated Press on Wednesday declared Palin, Begich and Gross would advance. On Friday, AP called the final spot for Peltola. 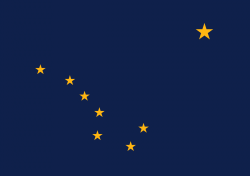 Now, of course, the whole thing goes over to our new (and ill-advised, if you ask me) “ranked-choice” election process, and I’ll be damned if I can muster a confident prediction as to who will come out on top of that deal.  From my own informal polling (by which I mean, folks I know around the neighborhood and people I’ve talked to in town, and so forth) support for Sarah Palin is pretty strong here in the Mat-Su.  I know Mary Peltola has strong support in the Native communities, and Nick Begitch comes from an old Alaska political family.  He’s a strong Second Amendment guy, which can only help here in the Great Land, but he’s easily tarred with the “GOPe” brush.  Al Gross musters a surprising amount of support, but to my thinking, a guy running “non-partisan” in a state as red as Alaska translates to “Democrat but doesn’t want to say so.”

My ranked choice will probably be exactly the same as the ranking you see above.  As I’ve said before, a first-term Congresscritter can’t really do much, but sending Sarah Palin to the Imperial City will make a lot of leftist heads explode, so it’s worth doing if for no other reason than that.

If I was forced to place a bet right now, the numbers would make me lean pretty strongly towards Mrs. Palin.  But I guess we’ll find out for sure on August 16th.