Thanks as always to Pirate’s Cove, The Other McCain, Whores and Ale and Bacon Time for the Rule Five links, and to our pals over at The Daley Gator for the linkback!

Somewhere around a hundred years ago, the uncommonly prescient H.L. Mencken wrote these words:

As democracy is perfected, the office of the president represents, more and more closely, the inner soul of the people. We move toward a lofty ideal. On some great and glorious day, the plain folks of the land will reach their heart’s desire at last, and the White House will be adorned by a downright moron.

Well, we would seem to be there.

I quote Mecken quite a bit, because his acerbic style suits my opinions on government.  I encourage all you True Believers to do likewise; my favorite compilation of his works can be found here.  I also enjoy his On Politics: A Carnival of Buncombe (Maryland Paperback Bookshelf). 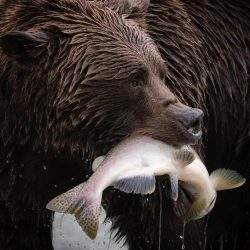 And boy howdy, ain’t it just a carnival of buncombe we have in the Imperial City today.  President Biden(‘s handlers) have made sure the press has asked almost no questions of the man who is ostensibly in charge, and on those rare occasions he has accidentally answered a query, the answer has been nonsensical or downright contradictory.

Which, of course, really makes one wonder who is really calling the shots here.  Frau Doktor Professor Jill?  Maybe.  Kamala is too stupid.  His Accidency’s former boss Barack Obama?  Too lazy.  It’s a question that would be interesting to see answered.