Today President Trump pulled the United States out of the Paris climate agreement, producing predictable howls of outrage from all quarters but most of all from the political Left and the leaders of other nations who will now be denied billions of dollars in income transfers from Uncle Sam.

Some respected scientists weighed in:

This was a bad deal, True Believers.  I’m not a climate change denier; the Earth’s climate has been changing for 4.55 billion years now, and through most of that time it’s been warmer than it is now.  I also don’t doubt that human activity has some effect, although it isn’t worth crippling the economy over.

This was just a bad deal.  The main feature was transferring billions of U.S. dollars to developing nations who were exempt from any requirement to reduce carbon emissions for decades.

The United States has already led the way in reducing carbon 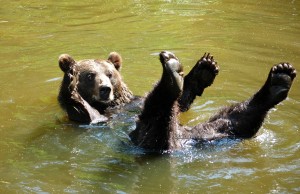 emissions.  As a nation, our carbon footprint is lower than it was in 1992.  We don’t need to give away billions of dollars from our already-broke Imperial government to keep moving ahead on this.

Also:  If this was such a great deal, as former President Obama would have us believe, why did he not present it to the Senate and have it ratified as a binding treaty?