It seems Her Majesty Queen Hillary I is engaging in (another) bit of blatant hypocrisy – this time lecturing crowds on their carbon footprints before flying away in a 347 gallon-per-hour private jet!  Excerpt:

Just hours after Hillary Clinton unveiled her presidential campaign’s push to solve global warming through an aggressive carbon-cutting plan, she sauntered up the steps of a 19-seat private jet in Des Moines, Iowa.

The aircraft, a Dassault model Falcon 900B, burns 347 gallons of fuel per hour. And like all Dassault business jets, Hillary’s ride was made in France.

The Trump-esque transportation costs $5,850 per hour to rent, according to the website of Executive Fliteways, the company that owns it.

And she has used the same plane before, including on at least one trip for speeches that brought her $500,000 in fees.

Wow.  Just… wow.  I have to give Her Highness points for chutzpah.  But nothing else.  Still – here’s the real money quote:

But Mrs. Clinton said Monday in Des Moines that ‘the reality of climate change is unforgiving – no matter what the deniers say. Sea levels are rising. Ice caps are melting. Storms, wildfires, and extreme weather are wreaking havoc.’

‘This is one of the most urgent threats of our time, and we have no choice but to rise and meet it,’ she added. 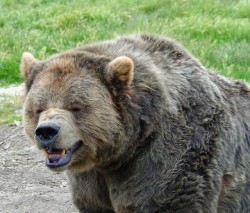 Seriously, Democrats, is this clueless old harpy the best you can do?  The “optics,” as they say, on this is pure poison – but then, Hillary I has always exemplified the ‘do as I say, not as I do’ school of politics – as witnessed most recently by her defiance of Imperial email laws, but going all the way back to her manipulation of livestock futures-trading markets.

Apply that savage hypocrisy to a Queen Hillary I Presidency.  Think on that for a moment.