Thanks once more to The Other McCain for the Rule Five links!

Why are liberals pro-choice on abortion, but nothing else?  Excerpt:

The country has just endured an angry debate over whether businesses whose owners object to gay marriages on religious grounds should be forced to assist them anyway. Generally speaking, liberals said: Yes, because the principle of equal treatment trumps freedom of conscience. Generally speaking, conservatives and libertarians said the opposite. (If you want to read a calm, intelligent and thought-provoking piece on the subject, check out “Discriminating Between Discriminations” at juliansanchez.com.)

As with any complex debate, however, this one involved more than just two ways of parsing the issue.

GOP presidential hopeful Marco Rubio recently drew a distinction between discriminating against people (e.g., by refusing to serve an LGBT customer at a restaurant) and declining to participate in an event (e.g., by refusing to officiate at a same-sex wedding). And there is another distinction, spelled out in an amicus brief by Eugene Volokh in the Elane Photography case, between forcing people to provide services that have no expressive component (such as driving a limousine) and services that do (such as writing press releases for various groups).

Given that, as Volokh wrote, “speech compulsions are generally as unconstitutional as speech restrictions,” you could argue that photographers, writers, and perhaps even cake-makers have a First Amendment right not to provide expressive content with which they disagree.

This goes far beyond speech restrictions (take a look at the “speech codes” on college campuses) and abortion.  The political Left in the United States has become the antithesis of “pro-choice,” unless they are the ones doing the choosing.  Let’s say I choose to: 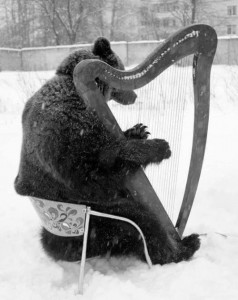 Those are bad choices, and must not be allowed.

Bear in mind that the label “pro-choice” when applied to the abortion debate is only marginally accurate, when compared to the stunning anti-choice stance of most of the political Left on a huge host of other issues, but the label “pro-life” is just as cynically wrong; it implies that anyone who holds an opposing view is “anti-life,” which is laughably wrong – well, most of the time.

Meanwhile, I’ll continue to choose to own guns, drive a pickup truck, smoke cigars, and make lots of other “bad” choices.  Thanks for asking.