I’m not sure how these assholes could be any more hypocritical.  This is the punch line:

The World Economic Forum gets underway Monday in Davos, Switzerland Tuesday as hundreds of world leaders, business titans, and politicians will gather to privately discuss the issues of the day and make recommendations to reduce climate change, hunger, and poverty.

But how do all these leaders get there? Do they fly commercial then take a train, the likely option if you or I were to go? Do they rent a car, or ride alongside the unwashed masses on a bus?

Nope. Many of them drive in surrounded by huge convoys of gas-guzzling vehicles, while another bunch flies in on private jets, some of them on incredibly short flights. An estimated 1,500 private flights flew in and out of nearby airports in the pre-pandemic year of 2019, while Greenpeace puts the 2022 number at around 1,040. (When the radical environmental group highlights the incredible hypocrisy of the folks shaming you on climate change, you know they’re on shaky ground.)

This ties in with last Friday’s post:  Is Japan prepping for war?

Also:  South Korea could build nukes fast.  (So could Japan.)

Why are the Dems now bringing out the long knives?

I’m coming over shortly, because I am a portly, you promised you could fit me in a fifty-dollar suit!

Oh, this ought to be entertaining.

Dems are wackadoodle on economics.  In other news, water is wet, the sun rises in the east, and Joe Biden is senile. 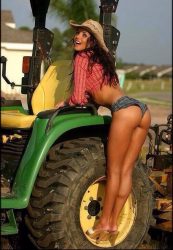 Thanks, John Deere.  I should now be able to fix my own damn tractor.

That’s because he is careless, shady and hypocritical.

“Biden” and “think” are two words that don’t belong in the same sentence.

And if pigs had wings, we’d all carry umbrellas.

Eight Senate seats most likely to flip in 2024.  Maybe.

Can Weimar America save itself?  Color me skeptical.  I think we passed the point of no return some time ago.

California’s budget surplus has vanished.  No surprise there.

The Nation’s Mark Green is an idiot.

Vox’s Rani Molla is an idiot.

The Nation’s Chris Lehmann is an idiot.

MSNBC’s Ja’han Jones is an idiot.

David Brooks is an idiot.

The Bulwark’s Amanda Carpenter is an idiot.

Yeah, I know.  Kids.  Anyway, take a look at the official video, and tell me if you think they’re serious or satire.  I’m not sure.