At this time of year, the only flights to the 48 out of Anchorage are red-eyes.  At least, on our airline. 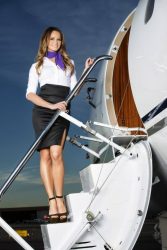 There’s supposedly a reason for this, and the reason supposedly is that there are fewer people traveling from the Great Land to Outside and vice versa this time of year (in the summer there are daytime flights) and the overnight flight to wherever you’re going, be it Frisco, Chicago or Denver, allows you to have plenty of leeway to catch any connecting flights.  Tonight, we’ll be taking one of those red-eyes and connecting in Denver for a flight to Des Moines, where we will spend the holiday with our kids and grandkids.  So, as previously mentioned, look for some placeholder posts next week.

I get the reason for the red-eye.  Doesn’t mean I have to like it.

When you dine at the devil’s table, you don’t get to choose the menu. 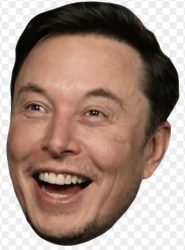 Trump welcomed back to Twitter.  It was as if millions of pearl-clutchers suddenly cried out in terror and were suddenly silenced.  And, yes, I have a funny feeling Elon Musk gives not even one single fuck.

The PA GOP blew it.  What can they do better next time?  How about picking a Senate candidate that’s actually from the state?

Yes, natural gas is the solution to Africa’s energy woes, if idiots from the developed nations will just leave them alone.

Key Democrats losing their committee seats.  About time the GOP started playing hardball; the Dems have been doing it for years.

This piece expresses concern about Joe Biden’s age, but let’s be real – Biden isn’t in charge of anything.  He’s a maundering, senile figurehead.  It doesn’t matter how old he is, as long as he can be propped upright. The Nation’s Robert Borosage is an idiot.

If by “political star,” you mean “deeply and fundamentally corrupt, petty and childish,” then, sure.

Maureen Dowd is an idiot.  I used to enjoy reading her stuff; I almost never agreed with her but she seemed to usually be well-spoken and reasonable.  Nowadays, though?  Full blown Trump Derangement Syndrome.

The LA Times’ Harry Litman is an idiot.

This is one of the most idiotic pieces of public policy I’ve seen in years.  Maybe decades.

CNN’s Seth Fiegerman is an idiot.

The New York Times’ Anand Giridharadas is an idiot.

I’ve mentioned my fondness for the immortal Frank Zappa here before.  He produced many, many albums and was an inveterate concert act, but the first exposure I had to this genius of rock was when my cousin picked up a copy of his 1972 album Over-Nite Sensation.   One of the tunes on that track was Montana, which told the tale of a protagonist’s plan to move to that state to grow dental floss:

By myself I wouldn’t
Have no boss,
But I’d be raisin’ my lonely
Dental Floss

The backup vocals, by the way, on this studio recording?  Uncredited, but widely known and acknowledged later by all parties to be Tina Turner and the Ikettes.  Here, then, is that tune; enjoy.