First, a housekeeping note:  This evening, I’ll be traveling the Friendly Skies to Colorado, and thence to an area near the New Mexico border.  There loyal sidekick Rat and I will indulge in a fall turkey hunt.  We’ve spent a fair amount of time in the area, and every time we’ve been there the turkeys have been abundant.

Colorado allows rifles in the fall season.  Rat doesn’t have a suitable piece, but fortunately I’ve got two:  The Savage .22WMR/20 gauge combo I bought recently, and an old Marlin .22 WMR bolt gun I’ve had since I was fourteen.  So, prospects are good.  Watch this space for placeholder totty posts while I’m out, and then for a hunt report on my return.  I have posts scheduled for tomorrow and Friday, along with the usual Saturday Gingermageddon.  Regular posts will resume Monday, September 12th.

The GOP needs to get their shit together.

It wouldn’t be the first time.

This just in:  People are assholes.

So much for “sanctuary” cities, eh?

Virginia made a winning pick with this guy.

What a day for a daydream.

NYC banks are closing their ATM vestibules at night to stop bums from shitting in them. 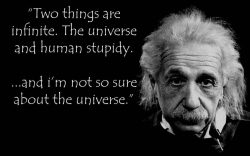 Atlantic’s Joseph Stiglitz is an idiot.

Colorado Secretary of State Jena Griswold is an idiot.

Ruth Ben-Ghiat is an idiot.

CNN’s Julian Zelizer is an idiot.

The Atlantic’s Jedediah Britton-Purdy is an idiot.

Charlie Crist is an idiot.

The Nation’s Jeet Heer is an idiot.

I’ve long been a fan of Frank Zappa. 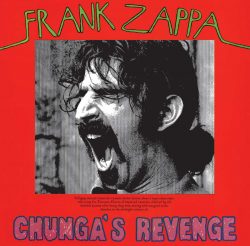 Zappa, because of the compound weirdness of his musical style, is often misjudged as a mere showman, when in fact he was one of the most brilliant and innovative musicians of the modern era, as well as a great songwriter, composer and a brilliant technical guitarist.  He wrote symphonies – and conducted the London Symphony Orchestra in recording his first symphony album, simply titled London Symphony Orchestra – Zappa.  In concert, Zappa would show up with a 12- to 16-piece band and a bunch of different musical genres in his pockets like playing cards, which he would mix, match and play like a poker hand.  Brilliantly.

One of his standard concert pieces was Florentine Pogen, an… interesting piece.  Zappa never performed the same song in the same way twice, but one of my favorite versions of this tune can be found on the 1991 live album The Best Band You’ve Never Heard In Your Life.  This cut really shows off what Zappa could do on a stage, in large part because he always chose to work with very talented people.  The entire album rates a listen, as it also includes some great covers, including Ravel’s Bolero, Stairway to Heaven, and what was rumored to have been Johnny Cash’s favorite cover of Ring of Fire.

But for today, I had to pick one song.  So here is Zappa’s own Florentine Pogen.  Enjoy.