Note:  We’ll talk more about the Mar-A-Lago raid in tomorrow’s post.  I’ve been reading about the incident and its implications, and I have some thoughts.

Now then:   Alaska grouse season, at least here in our game management unit, opens today.  I probably won’t get out until the weekend, but boy howdy am I ever ready to get after them.

We have several kinds of grouse.  Hereabouts we have Spruce Grouse and Ruffed Grouse.  The limit is fifteen birds per day (!) of which no more than two may be ruffies.  Up north there are Sharptail Grouse, and down on the panhandle we have Dusky Grouse, the same toothsome birds I hunted back in Colorado.  At higher elevations and farther north we have three kinds of ptarmigan:  Willow, Rock and White-Tailed.

If I never hunted anything but birds up here, I’d never get bored.  And I have no notion of limiting myself to birds.

Show me in the Constitution where the Imperial government is allowed to do this.

The best whiskeys to drink this August.  Kind of partial to Pendleton, myself.

Fuck Around and Find Out II, Electric Boogaloo.

Shots fired in Mall of the Americas – outside the Nike store?  Hmm.

This kid has a bright future.

As jokes go, this was the wurst.

This is some banana republic shit right here. 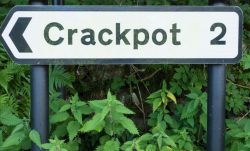 The Hill’s Michael Starr Hopkins is an idiot.

MSNBC’s Jessica Levinson is an idiot.

Play stupid games, win stupid prizes.  Related:  The Atlantic’s Tom Nichols is an idiot.  To clarify:  Brittney Griner is not a “political prisoner.”  She is an idiot, who brought an illegal substance into a sovereign nation.  We lock up people who do that here, too.

I’ve always kind of liked Miranda Lambert.  While later in her career she cultivated kind of a “outlaw country” vibe, earlier on her songs were a little more peppy and upbeat, but still with an authentic country feel.

One of my favorites is New Strings, from her 2005 album Kerosene.  It’s a lively tune, enjoyable and optimistic, and one senses, maybe a little autobiographical.  Here, then, is the official video for that song.  Enjoy.