It seems a new bridge has opened in the Los Angeles area, and much like a new proctologist’s office, it quickly started attracting assholes.  Specifically:

The 6th Street Bridge is a downtown Los Angeles viaduct that connects the Arts District and Boyle Heights. It’s been open less than two weeks and has been plagued by “street takeovers,” vandalism, drag racing, and criminal activity. The police have been forced to shut the bridge down twice, including Saturday evening as mobs threatened to get out of control.

Yeah.  Our major cities are pretty much hosed.  Remind me, who’s in charge in all these big cities that are experiencing meltdowns?

As for the assholes, maybe Napoleon had a point, and a “whiff of grapeshot” is in order here.

Where are the parents?  Well, Big Daddy Government removed any real need for fathers, so there’s half the problem.

How to erode the world’s greatest military.

Paul Pelosi’s graft spurs call for ban on insider trading.  “Rules for thee, not for me” is the operating assumption in the Imperial City now; it’s past time that stopped.

Is our NATO membership really necessary? 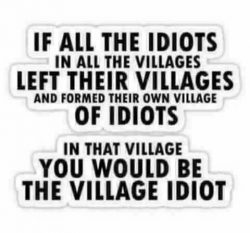 The New Yorker’s Evan Osnos is an idiot.

The Guardian’s Jessica Glenza is hysterical, and an idiot.

Juan Williams is an idiot.

Gabby Giffords is full of more shit than a Christmas goose.

I have many fond memories of Ray Stevens’ unique comedy music over the years.  He immortalized fads such as streaking (The Streak) television adventure drama (Along Came Jones) and service organizations (Shriner’s Convention.)

One of my favorites, though, takes a few gentle pokes at small-town churches.  That song would be The Mississippi Squirrel Revival.  Here’s the official video.  Enjoy.