Links may be a little sparse today, as we have a dear old friend visiting from the Forty-Eight.  Catching up with her and showing her the wonders of the Great Land is taking up a lot of really enjoyable time this week, so I’ve had rather less time at the desk.

On Sunday last we went up to Healy, which is just north of the entrance to Denali National Park.  While the weather wasn’t the best, we enjoyed the drive, what scenery we did get to see was beautiful, but boy howdy is that whole area a tourist trap.  It’s funny because the town of Cantwell, just a few miles south of the park, is just a typical little Alaska town; it somehow seems to have eschewed most of the tourist stuff.

Still, if you’re in the area, I recommend visiting this part of the state, and touring the park if possible.  There really isn’t anywhere else in the country quite like it.

Further proof that an Ed.D is the Dane Cook of graduate degrees.

We need rope and lampposts in Uvalde, stat!

Honestly I’d be more worried if there wasn’t a teen out there somewhere breeding frogs for the world’s largest frog army.

What the hell has this guy been eating?

Good guy with a gun.  You know, the kind of thing the gun-banners claim never happens.

As aptly stated by one of my fellow Glibertarians:  Bugger off,  ya git!  Seriously, we fought a bloody revolution so that we wouldn’t have to listen to “royal” assholes like this.

Yes.  The US is in a recession.

The amazing – and confusing – hoatzin. 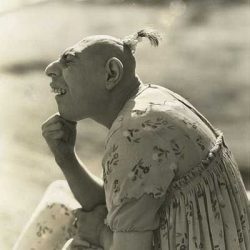 Paul Begala is an idiot.

The “Center for American Progress”‘s Ashfaq Khan is an idiot.

The daffy old Bolshevik from Vermont is as crazy as ever.

Here, both interviewer and interviewee are idiots.

Jonah Goldberg is an idiot.

Speaking of Dazed and Confused:  I had the great good fortune to see Led Zeppelin in 1977 or 78 (the year, at this distance in time, is unclear.)  While the late Seventies show was great, in 1970, Led Zeppelin were at their peak. That year they performed at, among other places, London’s Royal Albert Hall.

Among the great songs performed at that show was the hit Dazed and Confused.  That song seems pretty apt today, as the term very accurately describes the current resident of the Imperial Mansion.  Here, then, is that tune from that show.  Enjoy.