As I’ve noted (only yesterday in fact), spring comes late to the Great Land.  But we share a  harbinger of spring with most of the upper tier of the Forty-Eight, that being the return of our robins (Turdus migratorius). 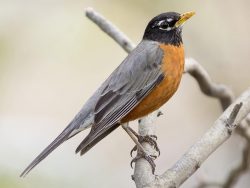 Our robins have only been back for a week or so, and they’ll depart in mid-September, if last year was any gauge.  They’re mostly ground-feeders and depart about the time snow starts to fall.  We had them in our old digs in Colorado, too, but there they were year-round residents.

Here, they are again the sign of spring that they were in the northeast Iowa hills of my youth.  There’s one singing in the top of one of our big birch trees as I write this, and it’s nice to hear him; they have a cheery, pleasant song, and it’s a promise of warm, sunny days ahead.

I live in a free speech zone.  It’s called the United States of America.  Still, good for Georgia.

Maybe.  Maybe not.  The GOP hasn’t exactly been on fire about pursuing corruption.

WH Tacitly Endorses Intimidation of Supreme Court Justices.  I can’t add anything to that.

Well, this wouldn’t be good.

This wouldn’t be good either.

Dammit, Bill Maher, stop  making me agree with you!

Human brains were bigger 3,000 years ago.  No television, I’m guessing.

On de-extinction.  Good, I want to go mammoth hunting! 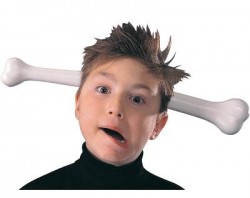 The Nation’s Sasha Abramsky is an idiot.

The Nation’s Joan Walsh (I’m sensing a pattern here) is an idiot.

Vox’s Ian Millhiser is an idiot.

MSNBC’s Ja’han Jones (I’m sensing yet another pattern here) is an idiot.

Salon’s Chris Hedges is an idiot.

OK, that’s all I can take this week.  I actually do read these, you know.

In his eponymous 1980 album, Peter Gabriel had a number of good tunes, but one I’ve always found interesting is the song Games Without Frontiers.

While this song is often described as an ‘anti-war’ song, and it is that, it seems to me to spend more verses poking fun at the whole world of international relations, not only war but also our attempts at diplomacy.

It’s an interesting listen, and the video – well, the video is very Eighties.  Here, check it out: