The equinox is in a few weeks, where the sun hits the halfway point on its long march south.  At these latitudes it is quite a journey, and just now the sunset has moved south of the power lines and is giving us some pretty views: 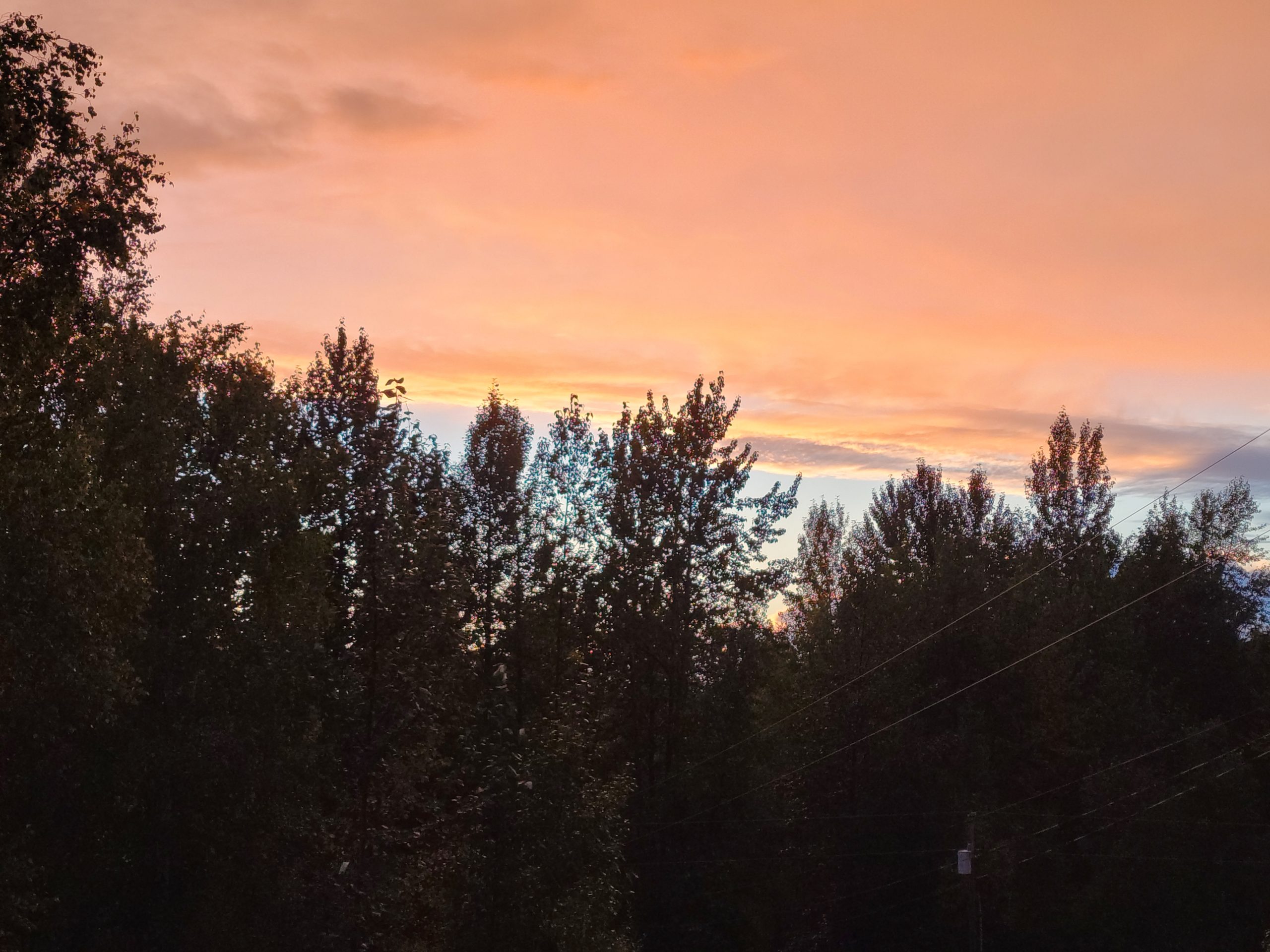 My summertime’s drive for fishing is now being overtaken by my drive to get out in the field after some birds, but I have to wait for full residency, which comes one year after switching my Colorado driver’s license for an Alaska one; specifically, on February second.  I understand the reason for that law, but the beautiful fall weather, the big stretch of borough land behind us and the hand-crafted Tolley side-by-side double in my gun safe are egging me on.  Next year, dammit!

And with that said…

Peter Boghossian shows us the difference between politics and principles.

Ever wondered what happens when you dangle a rhinoceros upside-down?  Well, now you know.

Somehow, I suspect most Texans don’t give two shits about what the SFGate thinks.

We can hope.  Having the GOP in control of Congress will… well, it will slow down the decline of the U.S. some.

Beer.  Is there anything it can’t do?

Fauci can fuck right off, the government does not have this authority.

Inflation is skyrocketing.  Nobody should be surprised by this.

The Nation‘s John Nichols (Repeat Offender Alert) is an idiot.

Harry Reid is still a corrupt asshole, and an idiot.

USAToday’s Ben Jealous is an idiot.

The New Republic‘s Timothy Noah is an idiot.

Sawed-off asshole Robert Reich is and always will be an idiot.

It’s idiots all the way down.

MSNBC’s Kavita Patel is an idiot.

The kind of stupidity shown at the VMAs (whatever those are) should be physically painful.

New York’s new Governor is apparently an idiot with no clue as to the proper role of government.  What is it with that state, anyway?

Audrey Hepburn was the epitome of style and grace; she was more beautiful in jeans, sweater and a towel over her hair than many women are in evening gowns, as you’ll see in this week’s selection.  And she wasn’t without pluck; during World War 2 she raised money for the Dutch underground during the German occupation of the Netherlands, an activity that may well have gotten her shot had she been caught in the act.

In the 1961 film Breakfast at Tiffany’s, Hepburn played the iconic character Holly Golightly opposite a very young George Peppard, with a brief appearance by the remarkable Buddy Ebsen.  It’s a great film featuring a great star, and at one point she gives voice to the song Moon River.  Here, in a clip from that film, is that lovely, classy lady and that beautiful song – enjoy.