This second week of May is finally seeing off most of the winter’s accumulation of snow here in the Great Land.  Robins have returned, the birches and alders are greening up, and every afternoon sees more and more of our yard exposed.  In a few more weeks, wildflowers will be blooming.

Of course, that means spring clean-up.  It’s a little more work this year than will probably be the case most years, as the previous owners left us some stuff that, due to the midwinter sale, they were unable to clean up, although due to that they have kindly offered to help.  But suffice it to say the burn barrel will be seeing some extensive service the next couple of weekends.

The good news is that we’ll have ample firewood for the coming winter, as the unusually heavy snow last winter broke off a couple of trees on the back of the property, so with those, some alders taken down by the power company, and what was left from last winter, we’ll be well-stocked.

OK, this is somewhat alarming.

Why Do People in Relationships Cheat?  Well, extra nookie would be my guess, although granted it’s only a guess.  I don’t play those games myself, and not just because Mrs. Animal is a really good shot.

The ‘rona has also caused the great 2020 Baby Bust.  Funny, that, you’d think that when people were staying home, with little to do…

Newsweek finds an acorn.  And PJMedia’s Bryan Preston weighs in:  Wokism rejects character and life’s complexities and subtleties. It places humans in boxes and categories based entirely on their race, not the content of their character or the actions they take. It rejects even the possibility of redemption. Wokism doesn’t allow for an individual’s character to matter at all. It’s segregationist, not unifying.  Ten.  Ring.

Florida jumps on the election integrity bandwagon.  Florida Democrats run for their fainting couches.  DeSantis 2024?  I think that may be in the works. Former Governors, historically, have been the most effective Presidents.

Eight facts about the AR-15.

Answers you don’t want to questions you never asked.

Scotland to vote for independence.  Well, that could be interesting.  If the English decide to use force to hold Scotland in line, they should pick someplace suitable to fight it out – say, Culloden Moor.  I think the Scots would like some payback for that one.

This is what happens when the government sends the message that rental contracts don’t mean anything.

Crocodile Dundee wants to go home.  Can’t blame him, I’d want to get out of that shithole, too. The greatest human invention was not fire, or the wheel – it was language, and it’s been around a long time.

This is probably a good idea, which means it won’t happen.

The Maricopa County election audit has the Dems freaking out.  Here’s why.

Nearly half of U.S. counties are now Second Amendment sanctuaries.  Hell, all of Alaska is.

Do you live east of the Mississippi?  Fill your gas tank.  1977 called – they want their gas crisis back!

Harris Faulkner:  Does the border feel closed?  The border:  Nope!

Too true to be funny: 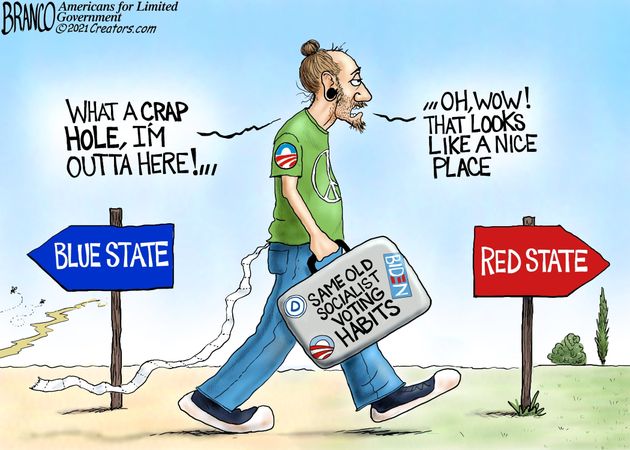 Maybe they could skip the pretense and just publish an approved government newspaper.  They could call it, I don’t know, maybe, Truth?

Salon‘s Chauncey DeVega is an idiot.

The Grio‘s Preston Mitchum is an idiot.

These idiots have some hard, hard lessons coming.

Margaret and her husband will be vaccinated and wearing masks and socially distanced from other guests, but they cannot take a first dance together.  But making the two-backed beast later that night is perfectly safe.  Got it.

The New York Times’ Charles Blow is an idiot.

Here’s another damn piece of idiocy we’re supposed to care about.

CNN’s Chris King is an idiot.

Something a little different this week.

Folks who have read these virtual pages for any time at all know that Mrs. Animal and yr. obdt. are both fond of the Land of the Rising Sun, of the land, the people, the culture, the food, the drink, and everything else.  Recently one of our kids, also a Japanophile, sent us this; I’m not entirely what it’s a tutorial of, other than being Japanese, adorable, and good at producing synced front and back videos.  This is NiziU, with Make You Happy.  Enjoy.