President Biden(‘s handlers) have released the draft of a “climate plan,” a feature of which is a limit on how much red meat we serfs will be allowed to eat.  To wit:

Americans may have to cut their red meat consumption by a whopping 90 percent and cut their consumption of other animal based foods in half.

Gradually making those changes by 2030 could see diet-related greenhouse gas emissions reduced by 50 percent, according to a study by Michigan University’s Center for Sustainable Systems.

To do that, it would require Americans to only consume about four pounds of red meat per year, or 0.18 ounces per day.

It equates to consuming roughly one average sized burger per month.

There are apparently requirements for electric vehicles, and so forth.  I’d sure like to see someone explain how an electric vehicle will work here in our rural Alaska home, but let’s leave that for another time, because the deprivation of cheeseburgers is a damnably serious issue. And my reply to President Biden(‘s handlers) on that score is simple:  They can fuck right off.  You can have my delicious cheeseburgers when you pry them from my cold, dead hands.  In fact, I think I will start eating more red meat now, just out of defiance.

Did I mention that they can fuck right off?

Why Can’t We Celebrate the Most Spectacular Scientific Miracle of the 21st Century?  Because Orange Man Bad!

President Biden: Actually, We May Not Be Able to Keep Our 4th of July Plans After All.   My reply:  Fuck you, Joe, we don’t need your permission.

So imagine you’re just driving along, and suddenly a turtle crashes through your windshield.  Second-most-surprising thing about this story:  The turtle was fine, and was released into a nearby body of water.

The Minimum Wage Is Always Zero.

Existing Home Sales: Trend Is Rising, But How Long?  As long as the bubble doesn’t burst before our Colorado house is sold, I’ll be content.

Democrats Defend the Right to Stab Each Other.

New Jersey, still trying to tax itself into prosperity.

We may be looking at a cycle of inflation.  President Biden(‘s handlers) should beware.

Supply and demand is still a thing.

“The Biden administration is like an angry chimpanzee at a chess tournament — it isn’t going to win the match, but that isn’t what we should be worrying about.”

Maxine Waters is not just an idiot – she’s a treasonous and dangerous idiot.

Vox‘s Tiffanie Drayton is an idiot.

Slate‘s Jordan Weissman is an idiot.

Rep. Ayanna Pressley is an idiot.

The 2020 census results are in, and they’re making Democrats act like idiots.

Some people are idiots about chickens.  Really big idiots. 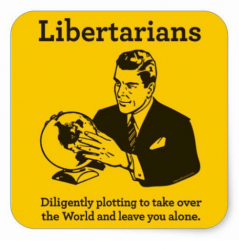 This is probably the most libertarian song ever written.  Consider the refrain:

Can’t add too much to that.  This is Charlie Daniels, with his 1974 tune “Long Haired Country Boy.”  Enjoy.