You have to love Chuck Norris, whose entire appearance in The Expendables 2 was one great big Chuck Norris joke.  His legend continues today, even in the Kung Flu environment; apparently Chuck has taken to wearing a mask, not to protect himself from the virus, but to protect the virus from Chuck Norris.  Now we have this:  Chuck Norris comes out of the closet, reveals that he is even more manly than previously thought.  Excerpt: 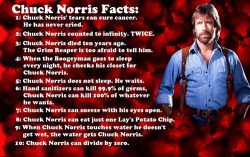 Scientists worry that if Chuck Norris chooses to outwardly live as his fully manly self, it could be the end of all life in the universe as we know it. Chuck Norris has assured us that if he does accidentally end the universe with his epicness, we don’t have to worry because he’ll just slap together a new one.

While it’s true that Chuck Norris never has to turn on the shower – he stares at it until it cries – I have been told that, in person, he is one of the nicest, most even-tempered people you’re likely to run across.  I’m sure that’s true, as he can afford to be whatever he wants, being, after all, Chuck Norris.

Looks like most of our vulnerable population could have the Kung Flu vaccine made available to them by the end February.

SETI astronomer and astrophysicist Seth Shostak is betting a cup of coffee that we’ll find evidence of alien civilizations by 2035.  Well, I’ll be 74 that year, so if he’s right, I should live to see it.

Something might kill you in the next few years, but it almost certainly won’t be a killer asteroid.

How dinosaurs thrived in the snow.  Dinosaurs in fact still thrive in snow today; there are more species of dinosaurs alive now than there are mammals, and a lot of them live in snowy environments.  We call them birds.

There is no problem that cannot be solved with a suitable application of high explosives.

Bonus Section:  This is Getting Downright Interesting.

SCOTUS rejects PA election lawsuit.  But this may be why:

Texas Attorney General Ken Paxton filed a lawsuit against the battleground states of Georgia, Michigan, Pennsylvania, and Wisconsin in the U.S. Supreme Court over unconstitutional changes to election laws.

“The four states exploited the COVID-19 pandemic to justify ignoring federal and state election laws and unlawfully enacting last-minute changes, thus skewing the results of the 2020 General Election,” a press release states. “The battleground states flooded their people with unlawful ballot applications and ballots while ignoring statutory requirements as to how they were received, evaluated and counted.”

And more, it seems!

Assuming all this is true – I’ve only seen actual filings in the original Texas suit – who knows what will happen next?  Hold on to your butts, True Believers, history’s in the making.

The New York Daily News editorial staff are all idiots.

Idiot brings a knife to a gun fight.

The Mayor of Austin, TX, is a hypocrite, and an idiot.

Bob Dylan, America’s Songwriter, has had one hell of a career.  He released his first album the year I was born (and I am admittedly no spring chicken) and is still producing original music today.  His performing style may be something of an acquired taste, but I’ve always enjoyed his work.  His voice conveys emotion in a way that’s not often heard in today’s auto-tuned, carefully tweaked young performers.  In 1983, he released his twenty-second studio album, Infidels, which included this song, Sweetheart Like You.

What’s interesting about the composition of this video is that Dylan’s apparent audience consists of one person, a sixty-ish cleaning lady who manages, with only a pose leaning on a mop and a blank expression, to somehow convey that she was once a beautiful young girl, the object of the song – and not only that, but that that beautiful young girl is still there, inside the shell of the old woman.  It’s a neat bit of performance art.  Enjoy.