I recently bid a few shekels on a lovely, original, almost unblemished 1968 Browning Auto-5 in 20 gauge, made at the FN works in Belgium and as fine a piece of shooting iron as you’re likely to find.  I’ve been watching for a 20 to go along with my Remington-made WW2 12 gauge and my Belgian/FN Sweet Sixteen.

The Auto-5 was a historic piece, another brilliant product of the mind of the DaVinci of Firearms and the first commercially successful autoloading shotgun.  The Auto-5 action was made by FN and was also licensed to Remington, who made a version of this gun they called the Model 11, and to Savage, who called it the Model 720.  Both the Remington and Savage versions were basically the Auto-5 minus the magazine cutoff, and both sold well, although they lacked the fit and finish of the Belgian Brownings.

Now, when I bid on a gun (or anything else) I refuse to get drawn into a bidding war.  That’s a recipe for paying more than you really intended for any given object.  Instead, I figure out exactly what I’m willing to pay for a piece, bid that, and if I’m outbid, I let it go.

And that’s what happened on that sweet little FN 20-gauge.  My search for a 20-gauge FN Auto-5 continues.  But that’s OK, because to a collector, the search is half the fun!

Now that we’ve had our gun talk:

On To The Links!

I could do this all day!

On Sunday last, Groper Joe stumbled and mumbled through another interview.  Why hasn’t his family put a stop to this?  It’s embarrassing.

No, stupid, 5G isn’t causing the coronavirus.  Note:  This is a refutation, so not in “This Week’s Idiots,” even though idiots prompted this article.

Speaking of the Kung Flu:  President Trump has cut off U.S. funding for the World Health Organization over their bumbling coverup for China.

Denver’s own Mike Rosen tells us how government can prop up an economy, but capitalism will fix it.

Congresschick Crazy Eyes is an idiot.  I know, low-hanging fruit.

David Frum is an idiot.

The UN is apparently run by idiots.

The upside of this whole “social distancing” thing is that the airlines are slashing prices for domestic flights – not yet international, it seems.  Add to that, United, our airline of choice, has cut in half the amount of qualifying dollars/miles it takes to make status and also announced that any flights booked before the end of April may be 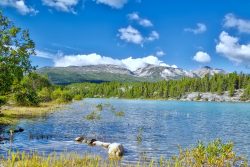 re-scheduled at no charge!  It looks like time to make some travel plans.  I’d sure like to spend the week of Labor Day in Alaska, when the silvers are running.  I’d like another visit to Japan, maybe, or Ireland, or maybe someplace else.  Who knows?

One takes one’s silver linings where one finds them.  So, on that speculative note, we return you to your Wednesday, already in progress.