Add “Fauxcahontas” Elizabeth Warren to the list of economic illiterates and liberty-challenged would-be Uber eliminators in the Imperial City.  Excerpt:

At a‎ speech at the New America Foundation’s annual conference on May 19, Warren argued, “For many, the gig economy is simply the next step in a losing effort to build some economic security in a world where all the benefits are floating to the top 10 percent.”

At some points Warren did seem to praise ridesharing for offering “more rides, cheaper rides, and shorter wait times.” She also laid out the regulatory barriers that cartelize most taxi markets and create vast inefficiencies.

However, immediately after pointing out the many consumer benefits of this innovative business model, Warren ended her temporary cease fire by pointing to Uber’s and Lyft’s recent exit from Austin, Texas over the city’s fingerprint background check requirements. She said, “[Uber and Lyft fight] against local rules designed to create a level playing field between themselves and their taxi competitors.”

What Warren and other critics of the sharing economy cannot seem to comprehend is that there are two ways to “level the playing field.” One is by extending antiquated, anti-competitive regulations to new technologies. The other—and far better—option is to remove these barriers so that legacy business models can adapt to new competition.

And, of course, this darling of the Imperial City’s left wing, Liawatha Warren, has never seen a barrier to free trade that she wasn’t in favor of.

Just so you know where I sit – I’m not only a frequent Uber user in by various travels, having used it from Boston to California to Guadalajara – as an independent freelance consultant I’m also, by definition, a member of and participant in the gig economy.  Now, apparently I’ve missed the legions of thugs pointing guns at these Uber drivers and forcing them to participate in their portion of the gig economy.  Oddly, nobody has ever pointed a gun at my head to force me to accept a contract. 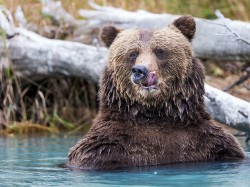 I do what I do because I like it.  I like the travel.  I like having every gig presenting some new and interesting challenge.  I like continually meeting new folks, making new friends, learning about new products, new systems, new technologies.  I like helping new companies get off the ground, and I like helping existing companies fix systemic problems.

Presumably Liawatha Warren would rather I be pushed into accepting a permanent, “stable” job – as she things, apparently, that Uber drivers should be forced to do.   Because, you know, we really don’t know what’s good for us unless some Imperial overlord tells us.

And to that I can only give the standard libertarian response:  Fuck off, slaver.