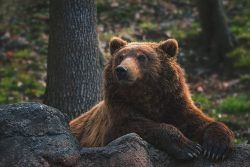 Here, from Molly McCann at The Federalist, is an interesting take on the whole Kung Flu issue, one with I can find little issue with.  Excerpt:

“[S]truggl[ing] to find a delicate balance between halting the spread of the disease and damaging vital commerce,” the city authorities, The Guardian tells us, ordered travelers “to carry a ‘bill of health’ and ships arriving at the Mediterranean port underwent a 40-day cordon sanitaire or quarantine.”

“Three hundred years on,” The Guardian seriously intones, “President Emmanuel Macron is walking an equally tricky tightrope . . .” Hopefully, you spotted the glaring problem with this comparison. In 1720, the Great Plague in Marseille killed more than half the city’s population.

We have gotten to the point in this “pandemic” where government leaders and a worryingly high percentage of the American people are acting like COVID is a crisis on par with Marseille’s Great Plague. We have been buried in facts, figures, mountains of data, constantly shifting information, misinformation, and more. We are relentlessly briefed by the media about rising infection rates or the current capacity of local ICUs.

But cut through it all and ask — how many Americans are dying? According to Johns Hopkins, the fatality rate of COVID in the United States is 1.7 percent, which means that 98.3 percent survive. That takes into account all deaths, including people who had underlying conditions and the elderly. Excluding those who are obviously high-risk, the survival rate is close to 100 percent.

Did you catch that key phrase?

In 1720, the Great Plague in Marseille killed more than half the city’s population.

More than half.  As in, over fifty percent.  Every other person died.  In a typical family of four, you could expect to lose two.

COVID is not an emergency. People are not dying in droves. There is no justification for the continued suspension of the American form of self-government that secures all our individual rights and liberties.

In “The Emperor’s New Clothes,” it was the honesty of a child that finally exposed the emperor and the people for fools when he cried out, “but he hasn’t got anything on!” It is long past time to speak the truth: there is no true COVID emergency.

Enough is enough. Return America to its proper constitutional order and insist on consent of the governed. 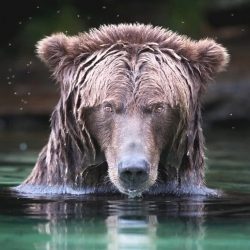 One could apply the analogy of the Emperor’s New Clothes to many, many things in government today – Joe Biden’s ever-accelerating slide into dementia, for one – but the massive over-reaction to the Kung Flu rates pretty high on the list.  The West, including the U.S. but even more so Australia and New Zealand, have shut down our countries, destroyed our economies, wrecked many small businesses and ruined lives, all over a bug that is now relatively treatable and was never a significant threat to anyone except the very elderly and those with significant co-morbidities.  I’d like to think that there will be some reckoning on all this, but I suspect there won’t.