When the would-be gun-banners have lost NPR (well, sort of) they’ve lost big.  Now, I’m sure NPR as an entity hasn’t abandoned its left-leaning positions, nor have they suddenly become Second Amendment advocates, but in this case, at least, they have shown that facts matter.  Excerpt:

How many times per year does a gun go off in an American school?

We should know. But we don’t.

This spring the U.S. Education Department reported that in the 2015-2016 school year, “nearly 240 schools … reported at least 1 incident involving a school-related shooting.” The number is far higher than most other estimates.

But NPR reached out to every one of those schools repeatedly over the course of three months and found that more than two-thirds of these reported incidents never happened. Child Trends, a nonpartisan, nonprofit research organization, assisted NPR in analyzing data from the government’s Civil Rights Data Collection.

We were able to confirm just 11 reported incidents, either directly with schools or through media reports.

In 161 cases, schools or districts attested that no incident took place or couldn’t confirm one. In at least four cases, we found, something did happen, but it didn’t meet the government’s parameters for a shooting. About a quarter of schools didn’t respond to our inquiries.

In other words, the data stinks, and nobody really has a good grasp on how many school shootings happened.  And, honestly, in a nation the size of the United States, that isn’t at all surprising.

Here’s what doesn’t seem to be happening in the data-gathering:

In other words, the data gathering technique was crap, and therefore, the conclusions drawn were crap.  The Dept. of Education, who commissioned the study, should be terribly embarrassed when not only NPR but Everytown for Gun Safety questions their results.

This is the anti-gun Left, folks. 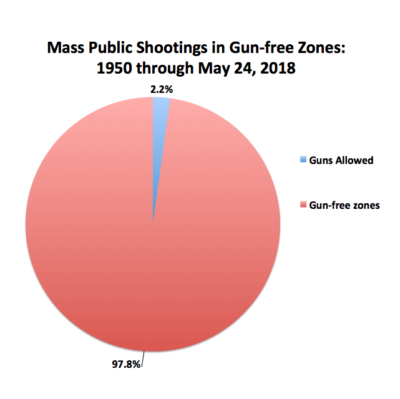