Americans took out $1.7 trillion in government loans for college tuition.

Now, some don’t want to pay it back.

“They’re in real trouble,” says Biden in my latest video, “having to make choices between paying their student loan and paying the rent.”

But wait: Shouldn’t they have given some thought to debt payments when they signed up for overpriced colleges? When they majored in subjects like photography or women’s studies, unlikely to lead to good jobs? When they took six years to graduate (a third don’t graduate even after six years).

“I know guys who worked hard to get a construction operation running. Some had to take out a loan on a big old diesel truck. Why would we forgive the cost of a degree but not the cost of a lease payment?”

“For some reason,” continues Rowe, “we think a tool that looks like a diploma is somehow more important than that big piece of metal in the driveway that allows the guy to build homes that you … are in.” 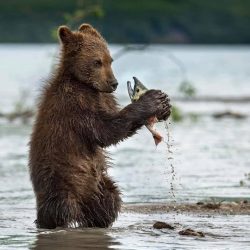 Once again, the solution seems obvious.  Get government out of the business of education.  If a young person wants a student loan, let them go to a lending institution and make their case.  Student loans, like any other loan, should be based first and foremost on an estimation of the borrower’s ability to repay the loan.  That would mean a problem, certainly, for the kid that shows up at the bank with a college application and announces their intent to pursue a degree in Underwater Gender Dog-Polishing, but it’s high time the university system stopped offering bullshit degrees anyway, and this would take care of that at a stroke.

Want to level the playing field?  That’s the term the Left uses, right?  Fine, let’s level the damn playing field, and stop this horseshit idea that every kid needs to go to college.  Many shouldn’t, and many would be better off if they didn’t.  And the various trades offer stable and lucrative opportunities.