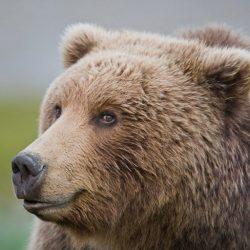 John Stossel lays some heat on the recycling industry.  Excerpt:

But what he wrote was true.

“It’s even more true today,” says Tierney in my new video. “Recycling is an industry that uses increasingly expensive labor to produce materials that are worth less and less.”

It would be smarter to just dump our garbage in landfills.

But aren’t we running out of landfill space? For years, alarmist media said we were. But that’s not true.

In 1987, media gave lots of publicity to a garbage barge that traveled thousands of miles trying and failing to find a place to dump its load.

But that barge wasn’t rejected because there was a lack of room. States turned the barge away after hysterical media suggested it contained “infectious waste.” The Environmental Protection Agency later found it was normal garbage.

Flammable stuff – cardboard, paper, that sort of thing – we recycle that with some kerosene and a match.  In winter we use a lot of brown paper grocery store bags and other clean paper to start the wood stove in the afternoons.

Aluminum (or Aluminium, for you Brits) can be recycled almost endlessly.  Ditto for iron and steel, you can melt it down, reforge it or recast it, and it just doesn’t go away.  But plastic?  Paper?  Not so much.  Recycling these just doesn’t make sense, unless you’re a state legislator wanting to expand your reach into controlling people.