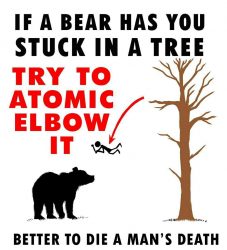 Before we start, check out the latest installment of Legionnaire over at Glibertarians!

Now then:  The snail’s pace US approval of the first small reactor design is nearing completion.  But there’s a catch.  Excerpt:

On Friday (July 29), the Nuclear Regulatory Commission (NRC) announced that it would be issuing a certification to a new nuclear reactor design, making it just the seventh that has been approved for use in the US. But in some ways, it’s a first: the design, from a company called NuScale, is a small modular reactor that can be constructed at a central facility and then moved to the site where it will be operated.

The move was expected after the design received an okay during its final safety evaluation in 2020.

Small modular reactors have been promoted as avoiding many of the problems that have made large nuclear plants exceedingly expensive to build. They’re small enough that they can be assembled on a factory floor and then shipped to the site where they will operate, eliminating many of the challenges of custom, on-site construction. In addition, they’re structured in a way to allow passive safety, where no operator actions are necessary to shut the reactor down if problems occur.

Many of the small modular designs involve different technology from traditional reactors, such as the use of molten uranium salts as the reactor fuel. NuScale has a much more traditional design, with fuel and control rods and energy transported through boiling water. Its operator-free safety features include setting the entire reactor in a large pool of water, control rods that are inserted into the reactor by gravity in the case of a power cut, and convection-driven cooling from an external water source.

Wondering about that catch?  Here’s the catch:

The NRC will still have to weigh in on the sites where any of these reactors are deployed. Currently, one such site is in the works: a project called the Carbon Free Power Project, which will be situated at Idaho National Lab. That’s expected to be operational in 2030 but has been facing some financial uncertainty. Utilities that might use the power produced there have grown hesitant to commit money to the project.

So, each site will have to be individually evaluated and will have to go through a lengthy approval process – and will, no doubt, be heavily lobbied against by greenie-weenies and NIMBY types all the way through.

Consider the irony here.  Small reactors of this type have the enormous potential to provide clean, high-density energy.  They’re uniquely useful in small, isolated communities.  (Like, say, much of Alaska.)  And now, after a long, torturous approval process, the NRC has approved one design, but each individual application will have to be rigorously scrutinized, and will have to overcome determined opposition at every step of the way, making it almost impossible to use them to provide the abundant, clean energy that these opponents of nuclear power claim to want.

Forget what these people claim to want.  Look at what they actually are in favor of:  You (not they) reducing your standard of living to meet their claimed goals.  Look at the actions of the high-profile members of the opposition:  Jetting around the globe in private jets, living in huge mansions a few feet above tide line in the oceans they claim are rising out of control.  They expect you to pay the price they aren’t willing to.

This is tech with great possibilities.  Maybe I’m wrong, and reactors like this will be approved for wide use.  But I wouldn’t bet a plugged nickel on it.