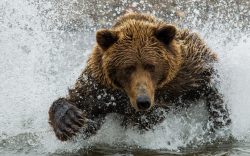 Now then:  National treasure Dr. Victor Davis Hanson has weighed in again on what the supplicant media are allowed to do with respect to President Biden(‘s handlers.)  Excerpt:

As senator, vice president, and presidential candidate Joe Biden was often caught—and occasionally even apologized for—habitually touching, smooching, squeezing, hugging, and breathing on women, some of them preteens, in a manner that can only be called creepy, with all of the females recoiling at his advances. When the intrusions became too great to ignore, the would-be president said only he would be “mindful” of invading the private space of women.

Tara Reade, a former assistant in Senator Biden’s office, replayed the role of Christine Blasey Ford with charges of sexual assault—but with far greater credibility and detail (“There was no exchange, really, he just had me up against the wall . . . I remember it happened all at once . . . his hands were on me and underneath my clothes.”). Reade provided corroborating evidence, and explicit details of assault, yet the same journalists and politicians—again so often joined at the hip—who had sought to destroy Brett Kavanaugh gave Biden a pass, absurdly citing the statute of limitations, and even questioning the sanity and stability of Reade herself.

As far as presidential health goes, even Donald Trump’s enemies have remarked on his almost unnatural stamina and energy, characterized by 20-hour work days and near inexplicable rapid recovery from COVID-19. No matter. By mid-2017 there was a nonstop journalist mantra that Trump was “crazy” and “unhinged,” and too “sick” to remain president. The clamor continued until Trump himself took the Montreal Cognitive Assessment and aced the exam’s questions. A Yale psychiatrist achieved mini-celebrity status by unprofessionally diagnosing Trump in absentia as mentally challenged and in need of a forced intervention—unhinged charges that nonetheless enhanced reporters’ frenzied calls for invocation of the 25th Amendment.

Contrast this with Joe Biden. He has trouble walking up the steps of the Air Force One. He forgets names and events. His days are short and his attention span shorter, his press conferences rare—and scripted. At the recent G-7 summit he displayed a mishmash of bizarre interruptions, “get off my lawn” temper tantrums at reporters, slurred words, incomplete thoughts and sentences, cognitive freezes, and general fragilities. His own administration, or more likely those around Vice President Kamala Harris, habitually leak to their lackeys in the media portentous “worries” that Biden’s infirmities are such that they can longer be successfully hidden. And yet the ruse continues.

And the ruse will keep right on, because most of the legacy media are part of The Side.  They aren’t reporters, they are advocates.  Now there’s a place for that.  Hell, I’m an advocate.  Folks like Tucker Carlson on the right and Juan Williams on the left are advocates.  They are in the business of sharing opinions and make no bones about it.

But the straight “news” has not been “straight news” for some time now.  And I’m not seeing an easy fix, as the First Amendment gives them wide, wide latitude.  But there are at least alternatives, nowadays.  Millions of ’em.  You are reading one right now.  And this explosion of information may well be what saves us – and sinks the legacy media.