This week’s work-related travel finds me in the burgeoning metropolis of McAllen, Texas, preparing to head south of the Rio Grande to Reynosa, Mexico, to deliver three day’s worth of training.  Yr, obdt. as well as my two colleagues will be staying here in McAllen, as Reynosa is…  somewhat unsettled.

Last time we were here there was a carjacking in front of the plant.  When asked if I felt safe in Reynosa, my reply was “sure, I haven’t felt this safe anywhere since Iraq.”  This is what the War on Drugs has given us.

Which makes this an interesting piece of commentary to present today.  Excerpt:

After the esteemed actor Philip Seymour Hoffman died in February 2014, press coverage of the “heroin epidemic” exploded. Mentions of that phrase in the newspaper and wire service articles cataloged by Nexis rose from 681 in 2013 to 3,222 in 2014, an increase of almost 400 percent. Yet Hoffman—who by his own account used heroin in his early 20s, then abstained for more than two decades before taking up the habit again in 2013—was hardly representative of the upward trend in heroin use that began around 2008, which consisted mainly of people trying the drug for the first time.

Hoffman was typical in at least one respect, however. He died not from a “heroin overdose,” as widely reported, but from “mixed drug intoxication” involving cocaine, amphetamine, and benzodiazepines as well as heroin. The combination of heroin and benzodiazepines, a class of drugs that includes Valium and Xanax, presumably was what killed him, since both depress respiration. The dangerous combination of depressants is a very common theme in so-called heroin overdoses, a fact that may help explain why such deaths have climbed dramatically in recent years—more dramatically than you would expect based on the increase in heroin consumption.

Note that it was the combination of drugs, not the heroin itself, that killed Hoffman.  Think about that for a moment.  Is it possible – just possible – that legal, regulated sales of heroin would be quality controlled and dosed to prevent these kinds of events? 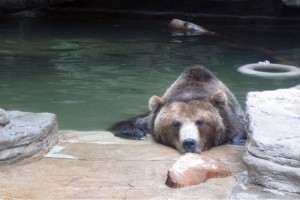 It may be so.  But the current War on Drugs has certainly not done anything to reduce the incidents of addiction and overdoses, while it has been damaging to the civil liberties of addicts and non-addicts alike.  We learned a lesson from Prohibition where alcohol was concerned.

Maybe it’s time we learned a similar lesson on drugs.