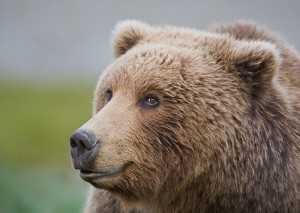 Moving right along:  Holy crap!  Techies may be inventing a brain-putor.  Excerpt:

A new computer prototype called a “memcomputer” works by mimicking the human brain, and could one day perform notoriously complex tasks like breaking codes, scientists say.

In a conventional microchip, the processor, which executes computations, and the memory, which stores data, are separate components. This constant relaying of data between the processor and the memory consumes time and energy, thus limiting the performance of standard computers.

To solve NP-complete problems, scientists are also pursuing a different strategy involving quantum computers, which use components known as qubits to investigate every possible solution to a problem simultaneously. However, quantum computers have limitations — for instance, they usually operate at extremely low temperatures.

In contrast, memcomputers “can be built with standard technology and operate at room temperature,” Di Ventra said. In addition, memcomputers could tackle problems that scientists are exploring with quantum computers, such as code breaking.

So what happens when a computer reaches self-awareness?

Apocalyptic visions aside, think instead of the moral implications.  Is a self-aware computer alive?  Does it have rights?  Responsibilities?  Can it make moral claims against people?

If computers ever get to that point, it will present some interesting problems.