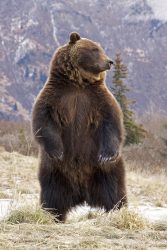 We’ve all got New Year’s Eve celebrations to plan for (even if some of us older folks are planning very quiet holidays) so for today, here’s a mixed bag of links and stories.  Tomorrow for New Year’s Day we’ll have a summery totty dump, followed by a resumption of regular posts on the 2nd. Before we start, go check out the next installment of my Thirty-Something Rifle Cartridges series over at Glibertarians.

Then, without further ado:  The links!

Here’s another take on my ongoing rant about the United States’ insane graduated age-of-majority system.  Excerpt:

The current state of affairs is illogical.

Right now, at age 18, you gain the right to vote and are trusted with full participation in our electoral system. So, too, 18-year-olds are considered “adult” enough to enlist in the military, get married without parental permission, consent to sex, and so on. But our laws, in typical nanny-state fashion, also tell those same young people they can’t be trusted with the freedom to smoke cigarettes, use e-cigarettes, or drink alcohol (or not) as all other adults. In many states, too, the Second Amendment right to self-defense is arbitrarily stripped from legal adults under 21.

This inconsistency is impossible to justify. Surely anyone deemed trustworthy enough to risk his or her life in conflict overseas and have full sexual autonomy should also have legal decision-making power over their own body when it comes to mint-flavored Juul pods.

No shit.  Although I’d say this:  If 18-21 year olds are too irresponsible to smoke, buy a gun, smoke, or drink – why the hell do we let them vote?

Next:  Dave Barry gives his annual recap for 2019.  My favorite piece:   Robert Mueller resigns as special counsel, saying that he plans to return to private life and “whimper in the fetal position.” In his final statement, he clears up any lingering confusion about his investigation by noting that the Justice Department cannot charge the president with a federal crime, adding, “not that I am, or am not, saying, or not saying, that the president did, or did not, do anything that was, or was not, illegal. Or, not.”

Finally:  A would-be mass shooter in Texas attacked a church and killed two parishioners but was stopped by a Good Guy With a Gun, who planted the shooter with a .357 Sig round right through the brain-pan.  That’s a good shot.  Excerpt:

On Sunday we reported that a man entered a church in White Settlement, Texas, and fired on worshippers, before he was shot dead by a member(s) of the church security team.

Two victims, who have not yet been identified, died as the result of gunshot wounds. The assailant was only able to get off two shots before he was taken out by the alert guard, reportedly an ex-FBI agent. (There are some reports that a second member of the church security team fired on the suspect, but it’s not clear at this time if that’s the case.)

Would-be gun-grabbers will ask “how is it better to have more guns in a mass shooting?”  Well, this is why it is better.  Is it better to be helpless in the face of an armed aggressor – or, worse, aggressors?  No.  I’d much rather have at least the chance to defend myself.

But I do take issue with this statement from the church’s minister:  West Freeway Church of Christ Senior Minister Britt Farmer: “I’m thankful our government has allowed us the opportunity to protect ourselves”

Like hell.  The government hasn’t allowed you anything.  Most of the statist fucksticks in the Imperial government would love to strip you of your right to self-defense.  You have that right because you were born.  It’s a natural right – I’m sure Minister Farmer would call it God-given, I call it a natural right, but no matter what you call it, you have it, not because government granted it but because government is prohibited from interfering with it – not that that doesn’t stop elected assholes from trying to do so.

Anyway – to that good guy with a gun, good shooting, and I hope someone gives him a few well-deserved pats on the back.