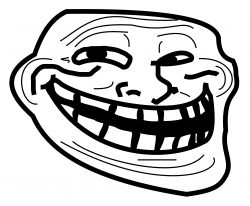 By now you’ve all heard about the laughable Green New Deal put forth by New York Congresscritter Alexandra Occasional Cortex.  Even though this piece of crap looks like it was strung together by a third-grade candidate for Student Council, Senate Majority Leader McConnell wants to bring it up for a vote in the Senate.

Why?  Because it’s a masterpiece of trolling.  I applaud this!  Excerpt:

Senate Majority Leader Mitch McConnell says he plans a floor vote on the Green New Deal resolution proposed by Rep. Alexandria Ocasio-Cortez and endorsed by many congressional Democrats. McConnell wants Senate Democrats to go on record on this radical proposal. He especially wants those running for president and those who may face tough reelection campaigns in 2020 to do so.

Would such a vote be a stunt? You could call it that, but you could also use the same word to describe a great many votes in both chambers.

The Green New Deal is a big deal, potentially. I see no reason why the Senate shouldn’t express its view of the idea.

Ocasio-Cortez responded to McConnell by saying, in effect, bring it on. She stated:

[McConnell] is trying to bully the party and he’s banking on people not being courageous. I think people should call his bluff.

When McConnell banks on something, he usually has good reason to. This seems like a case-in-point.

The response by Congresswoman Crazy Eyes was priceless, amounting to “how dare you bring up the resolution I sponsored for an actual vote!”

Trolling this may be and trolling it is, but McConnell, no newcomer to these kinds of games, has a purpose beyond just the lulz.  He’s going to make every member of the Senate stand, vote and be counted, either for this atrocity or against it…

…including all the Senate Democrats who have or who are planning to declare as 2020 Presidential candidates.  Any, including those who have already expressed support, will have that support hung around their necks like a millstone in 2020.

Some folks are about to be reminded that this ain’t Mitch McConnell’s first rodeo.