Big in the news today is the (fake) caravan moving through Mexico, and make no mistake about it, this thing is an astroturf operation of the first order.  Excerpt:

Thousands of Central American migrants resumed an arduous trek toward the U.S. border Monday, with members bristling at suggestions there could be terrorists among them and saying the caravan is being used for political ends by U.S. President Donald Trump.

The caravan’s numbers have continued to grow, and the United Nations estimated that it currently comprises some 7,200 people, “many of whom intend to continue the march north.”

However, they were still some 1,140 miles from the nearest border crossing — McAllen, Texas — and the length of their journey could double if they go to Tijuana-San Diego, as many did in another caravan earlier this year. That one shrank significantly as it moved through Mexico, and only a tiny fraction — about 200 of the 1,200 in the group — reached the border in California.

The same could well happen this time around as some turn back, splinter off on their own or decide to take their chances on asylum in Mexico.

A prediction:  None of them will take their chances on asylum in Mexico.  Mexico isn’t their target.  And this is not, say again not a spontaneous march.

Think about the logistics involved.  You can’t just assemble 7,000 people and start walking; you have to arrange food, water, sleeping shelters; you have to have financial arrangements made to pay for these things.  Someone did that.

Also, refugees, people fleeing honest by-gosh persecution, don’t carry the flags of the country they are fleeing at the head of their march: 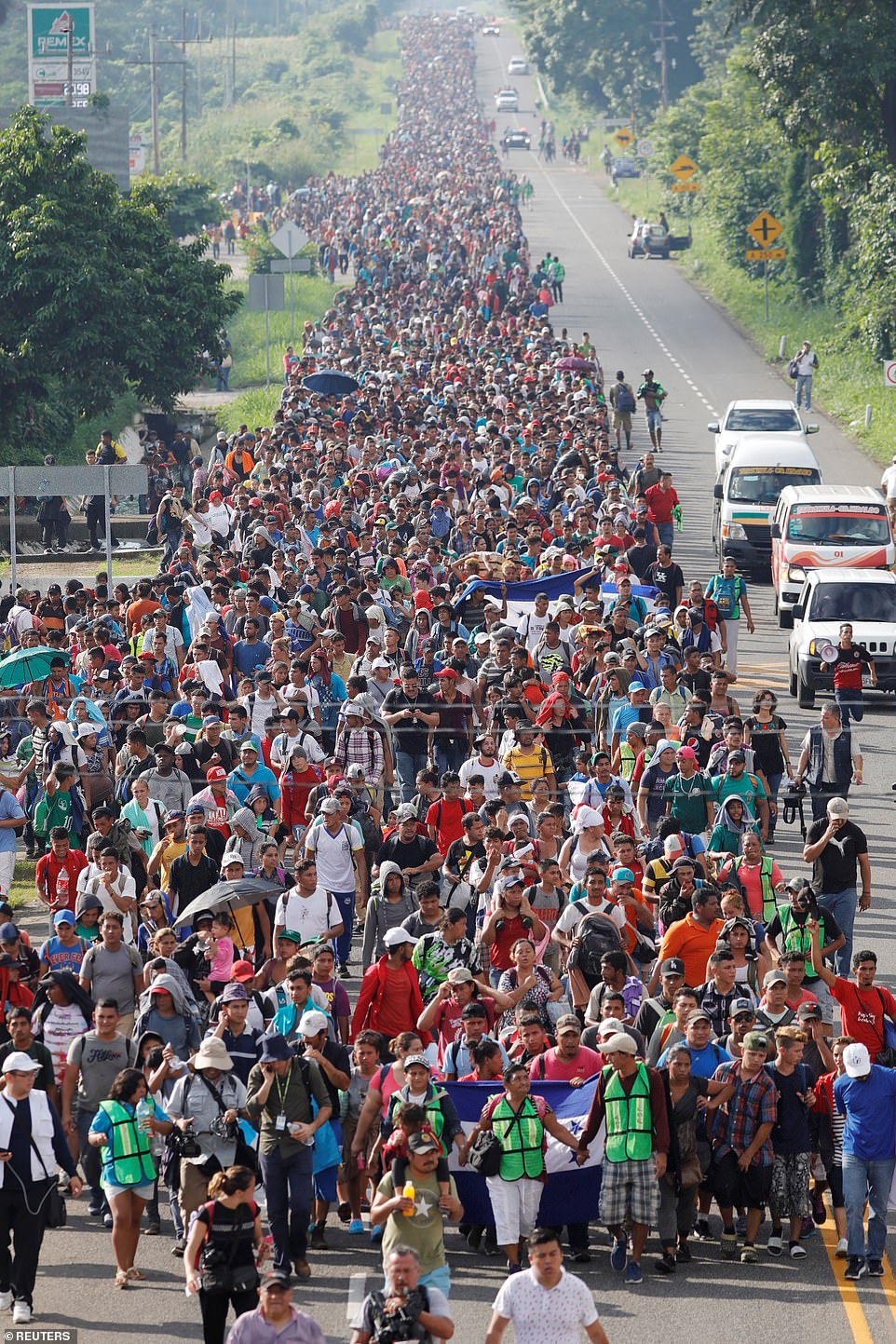 No, this is a setup.  It’s a setup to test President Trump, to test American resolve, and very likely to have an influence on this year’s election.

This “refugee” march is a sham.  It’s horseshit.  It’s a cynical ploy, taking advantage of these 7,000 rubes to make who-knows-what kind of a political statement.  And the correct answer on the part of the United States is this:  You aren’t getting in.  Not like this.  Not even one of you.