A record number of firearms enthusiasts made their way to the Florida State Fairgrounds this weekend to attend the Florida Gun Show, amid a fierce national debate over gun rights following the Valentine’s Day massacre at Stoneman Douglas high school in Parkland, Florida.

Organizers say almost 7,000 people attended on Saturday, with Sunday’s tally expected to be higher. Organizer Steve Fernandez said they’ve never seen such a large crowd – however it’s possible that the cancellation of next month’s show in Fort Lauderdale may have attracted concerned citizens.

Somewhat ironically, this was to be expected considering the massive effort by gun control advocates to erode as much of the Second Amendment as they can in the wake of the Parkland shooting – never letting a crisis go to waste and all that. President Trump’s recent advocacy for more stringent background checks, a 10-day waiting period and raising the age limit on the purchase of guns following the Parkland shooting likely fueled concerns over a “slippery slope” of firearms legislation.

Florida lawmakers such as Senator Bill Nelson (D) have called for stricter laws to fix the so-called “gun show loophole” which allows people to purchase firearms without a background check. While federally licensed vendors at a gun show are still required to run background checks (FFL), private sellers without a federal license do not have the same requirement in 40 states. (California, Colorado, Connecticut, Delaware, Washington D.C., New York, Nevada, Oregon, Rhode Island and Washington all require private sellers to conduct background checks).

“Some of the people attending are afraid that future legislation will impact their gun ownership rights,” said Fernandez. That said, 95% of the vendors at this weekend’s Florida Gun Show are required to run background checks since they are licensed dealers. 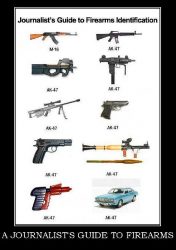 Read the entire article for some interesting information on gun sales trends; it’s pretty intuitive to most that gun sales spike as soon as pols start screeching about gun control.  Market forces, supply and demand, eh?

This is precisely why I’m not too worried about any radical gun-control schemes becoming law, at least not at the Imperial level.   (States are a different story; our own Colorado has gone in for just such stupidity in recent years, another sign that we have stopped being South Wyoming and are becoming East California.)  There is a big damn community of legal gun owners, including hunters, sport shooters, collectors and just enthusiasts.  The pro-gun community is very, very politically active and we have long, long damn memories – where the anti-gun Left seems to be betting heavily on a bunch of kids who were eating Tide Pods a few weeks ago.

That’s not to say that we shouldn’t remain vigilant.  We should.  That’s the price of liberty.