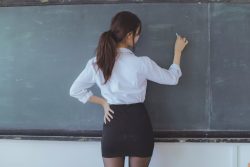 RealClearEducation’s Lynn Pasquerella recently did an interesting bit on why higher education should have a career focus.  Excerpt:

Employees and employers alike worry that the traditional college experience is no longer meeting the needs of the labor market. These concerns are legitimate. Broadly speaking, higher education is not doing enough to teach people the kind of 21st-century skills demanded by our rapidly transforming economy. While some schools are doing better in this regard, students at all institutions need access to educational experiences that link curriculum to career. If there is any hope of restoring public trust in our colleges and universities, this challenge must be confronted.

Career services should be a central component of the college journey, helping students understand how the fullness of their college experience prepares them for long-term success. This solution does not require reducing higher learning to mere job training. Despite their apprehensions about graduates’ lack of preparedness, employers recognize the value of a liberal education, which, with its emphasis on applied learning and engagement with real-world problems, remains vital to our evolving workforce. At the same time, however, both employees and employers are increasingly viewing higher education from a cost-benefit perspective. The investment, they worry, is not paying off quickly or dramatically enough.

What’s really interesting about this article is that nowhere does the author mention or advocate for any role for government.  And that’s good – maybe unintentional, but good – because to my minarchist thinking, government should not have any role in education.  As in, none, beyond local school boards.  The Imperial City certainly should have no role, and the Imperial Department of Education should be defunded and disbanded as it is not authorized by the Constitution. 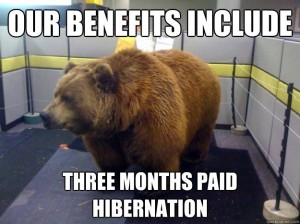 It’s possible, though, that an emphasis on career planning would have another effect on something I’ve been harping on for quite a few years now, and that is the plethora of bullshit Underwater Gender-Ethnic Dog Polishing degrees that the university systems are cranking out.  Those need to go, since none of these bullshit degrees have any possible career possibilities that don’t include asking “do you want that on your Starbucks card?”  A career-focused curricula would, by definition, preclude those piles of corral litter.  As would – as I’ve also repeatedly stated – getting government out of the role of financing education.

Higher education has one and only one purpose:  To provide young adults with marketable skills and enable them to be productive citizens.  Anything that helps with that is good.  Anything that does not contribute to that should be canned.