Before we get into doggie talk, go check out my latest advice column over at Glibertarians!

The relationship between humans and dogs is unique, and probably well worth an entire post on the topic.  Dogs were almost certainly the first domesticated animal; they are still the only animal that appears to have self-domesticated, as both sides gain from this special relationship.  Dogs truly are Man’s Best Friend, and it seems now that around 2,000 years ago in Scandinavia, they were a valued trade item.  Excerpt:

In a new study, researchers from the University of Copenhagen show that even though ancient Siberian human populations remained genetically isolated for a very long time, their dogs interacted with outside dog populations at least 2,000 years ago, possibly even thousands of years earlier.

“By creating genetic records of the ancient dogs alongside other archeological findings, we were able to see a movement of dogs, potentially as goods that have been traded like a commodity. Possibly because of new human activities, and we believe the dogs could have been used and traded for hunting, herding or sledding. Dogs were vital to the way society was running, so it also tells the story of why they were domesticated in the first place,” explains postdoc at GLOBE Institute Tatiana Feuerborn, lead author the study.

“At the same time, it looks like the human populations were more or less genetically isolated and did not mix with outside populations. We do not see that with dogs, which indicates that dogs were traded rather than moving with people. So there definitely were interactions between populations in these areas of Siberia.”

What’s interesting about this is that the people evidently didn’t intermarry, but did trade one of their most valued assets – dogs. 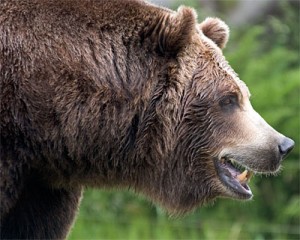 That’s not all that unusual.  In the years after Commodore Perry forcibly opened up Japan for trade, there was growing commerce between the Land of the Rising Sun and the Western nations, but little if any interbreeding.  There are probably other examples.  Point is, the neat thing here is that, because of the DNA evidence from dogs, we know now that populations we thought had no interactions were actually engaged in trade.

It’s another data point showing that human behavior and human history is frequently more complex than we thought – and, as they have been doing for millennia, it was the dogs that showed us the way.