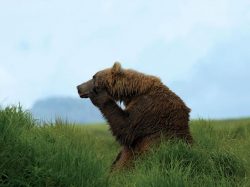 This is interesting news; an Imperial judge has ruled that Colorado baker Jack Phillips has standing to sue the State of Colorado for religious bias.  Excerpt:

Last week, a federal judge ruled that Jack Phillips, the owner of Masterpiece Cakeshop in Colorado, could proceed to sue the state for anti-religious bias.

Phillips previously fought a case all the way to the U.S. Supreme Court after the Colorado Civil Rights Commission cited him for refusing to bake a cake for a same-sex wedding. The Supreme Court found that the commission discriminated against Phillips for his religious views.

On the same day that the U.S. Supreme Court agreed to take Phillips’ appeal, Denver attorney Autumn Scardina requested Phillips to bake a cake that celebrated gender transition with a blue outside and an pink inside, the Western Journal reports. After Phillips refused, the Colorado Civil Rights Commission cited him again.

Despite Phillips winning his case at the Supreme Court, the state still decided to prosecute him, causing him to file a lawsuit.

Campbell added that Phillips serves all customers regardless of their lifestyle but doesn’t create custom cakes that express messages that conflict with his religious beliefs.

You know, it’s illustrative to reverse the roles here.  Imagine an LGBTQX baker that refused to make a custom cake for a traditional heterosexual couple’s wedding.  Would the state of Colorado descend on them with the same fury they have visited on Phillips? Of course not!  And in that case, as opposed to Mr. Phillips’ case, the state would be correct; it is a clear violation of freedom of association to force a private business to enter into an agreement that violates their personal sense of ethics.

It doesn’t matter what their ethics system is based on:  The Bible, the Kama Sutra, the Books of Bokonon or the rantings of a street-corner drunk.  The state only has two legitimate purposes:  To protect the safety and the liberty of the citizen.  In this case, nobody’s safety or liberty was threatened by being denied a custom cake – except, of course, the liberty of Mr. Phillips, in the sense that the state attempted to deny him freedom of association.

“But Animal,” you might ask, “where do we draw the line?  Should a baker be allowed to refuse to provide a custom cake to a mixed-race couple, because he’s a (actual, as opposed to the usual, modern definition) racist?

“Yes,” I would reply, “…because bigoted pricks still have freedom of association.  No victim, no crime.  I may join you in a protest in front of that guy’s shop to deprive the bigoted prick of customers, but I’ll never say he isn’t within his rights to refuse – and there are plenty more bakers in Denver.”

The entire discussion should stop right there.  No victim, no crime.