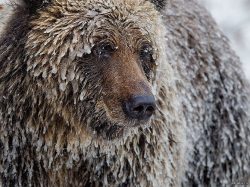 Like your refrigerator?  Me too.  I keep all kinds of good eatin’ stuff, not to mention beer, in there.  Fridges are damn near indispensable.  And we should thank the free market for that.  Excerpt:

The growing prevalence of refrigerators is partly due to their declining cost and partly due to people’s growing incomes. In 1919, the Frigidaire was the first self-contained refrigerator. It cost $775 (over $11,000 in today’s money). As the average hourly wage in 1919 was just $0.43, it took the average American 1,802 hours of work to afford this luxury appliance. The Frigidaire was a marvel back in its day but had only five cubic feet of storage. As such, it would be classed as a “mini-fridge” today.

Today, the standard Whirlpool French door refrigerator holds 25 cubic feet’s worth of food and drink. It has “fingerprint resistant stainless steel” and costs just $1,529. According to the latest BLS statistics, it would take the average American just 57.5 hours of work to be able to afford this – now common – appliance. (The average wage today is $26.55 per hour.) Even as the price of refrigerators decreased, refrigerator quality increased.

According to government data, 95.5 percent of households have what is classed as a “medium” refrigerator of 15 cubic feet or larger – meaning that the vast majority of people have a refrigerator at least three times the size of the most luxurious version available 100 years ago. The modern refrigerators have more settings, are more reliable and more energy-efficient.

The story of refrigeration is a common one: from a task done by many servants to a luxury good, and to now a common household appliance used by all. This type of progress exists with nearly all household appliances; from ovens to irons, from washing machines to dishwashers, and from air conditioners to water heaters.

As Marian L. Tupy of the Cato Institute previously pointed out, “an ordinary person today lives better than most kings of yesteryear,” thanks to innovation, capitalism and mass production.

You can, of course, apply the same historical example to microwave ovens, cellular phones, televisions, and many more consumer items.  Why?  Innovation, free markets and the profit motive.

Here’s the thing about capitalism – real, free market, non-crony capitalism – it works every time it’s tried.  Why?  Because the very name is a misnomer.  There is no “-ism” in honest capitalism.  There is no underlying philosophy other than liberty; there is no dogma, no set of underlying principles other than leaving people the hell alone.  Capitalism in the pure form is nothing more than millions of people making up their own minds, free of outside pressure, as to how to manage their own talents, skills and resources and when and with whom to engage in voluntary trade.  Capitalism is free people dealing with each other voluntarily in free markets.  In a word:  Liberty.  In the example given above, you see the results.

We need more of this.  Not less.