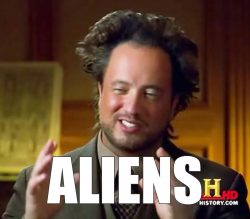 I’ve been saying for some years now that when space exploration enters its next inevitable stage, it will be the private sector driving it.  While Bezos and Musk are messing around with spacecraft, another privately-funded efforts aims to look at the Alpha Centauri system for signs of life.  Excerpt:

A new space mission to hunt for potentially habitable planets around Earth’s closest neighbouring star system is under way.

In a project with echoes of the 2009 film Avatar, an international collaboration of scientists in Australia and the US will search in the Alpha Centauri star system for earth-like planets that could sustain life.

The Toliman mission, named after the ancient Arabic-derived name for the star system, will search for potential planets orbiting Alpha Centauri A and B.

The Toliman telescope, which is under construction, is set to be launched into low-earth orbit in 2023. It seeks to discover new planets in the “Goldilocks orbit” – at the right distance, so the planet is neither too hot nor too cold to sustain life.

Project leader Prof Peter Tuthill, of the University of Sydney, said: “If we’re looking for life as we know it, usually the gold standard is a planet where liquid water could be present at the surface of the planet – so it’s not like a frozen snowball, and it doesn’t boil all the water up into the atmosphere.”

“We know that life has evolved at least once, around a sun-like star on an earth-like planet,” Tuthill said. “We try to look for other examples that are as close to that configuration as possible.”

Fascinating stuff; of course, the article makes no statement as to the sources of funding for this mission, and there are a couple of universities involved, so one wonders how “privately funded” this whole thing is.

Still.  Alpha is only a little over 4 light years away.  With current technology, we could have a ship there in, oh, about a hundred thousand years.  It’s still interesting work, and finding biosignatures, even from bacteria, coming from any exoplanet would be earth-shaking.  I’ll watch this project with interest.