Once more into the breach! And as we start this abbreviated workweek, thanks once again to our blogger pals at The Other McCain for the Rule Five links.

Speaking of fellow bloggers; have a read of this, over at Ace of Spades HQ.  Excerpt:

There are simply too many people in the commanding positions of conservative leadership who are very concerned about keeping on the Liberal Friend White List.

Trump won because when a Native American activist (posing as a journalist) declared that “Pocahantas” was “very offensive” as used in regard to Elizabeth Warren — dishonestly, I might add, as everyone knows the term is used to deny she’s an Indian, not to denigrate her as an Indian, and everyone knows this, and only a liar pretends otherwise — Trump did not begin falling over himself to make apologies and keep the well-wishes of the increasingly unreasonable left-wing hegemony.

People are fucking tired of walking around on eggshells and being made to apologize for every fucking goddamn thing in the world.

It’s time to stop fucking about it.

I’m tired of it, and I know millions of other people are tired of it too.

So I don’t give a fuck anymore if some dishonest bitch dishonestly feigns offense over the term “Pocahantas.”

It’s time to start treating them as what they are — dishonest liars trying to control you.

And it’s time to start treating them as straight up internal enemies. 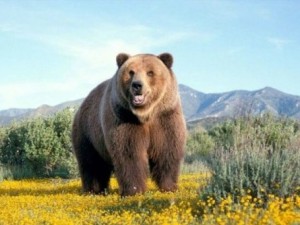 And that, as Ace points out, is a big part of Trump’s appeal.  Every campaign has a theme; as I’ve pointed out repeatedly, Her Royal Highness Hillary I’s theme is of two parts:  1) “I have a vagina,” and 2) “It’s my turn, peasants!”  Trump’s campaign seems to hinge on one theme:  “Trump 2016, because Fuck You.”

And, increasingly, that’s my second-best reason for voting for him.   The first, of course, is denying Her Imperial Majesty another tenure in the Imperial Mansion.  But the entrenched political class has been mismanaging the country’s affairs for nigh unto thirty years now, and the citizenry is increasingly sick of it; now along comes The Donald, not only shouting that the Emperor has no clothes, but also asserting that the Emperor’s tailors are a pack of fools and asserting that he could provide a better national haberdashery.

And, increasingly, it’s looking like we could hardly do any worse than the crop of fools, nincompoops and con artists we have in the Imperial City.