First thing on this wonderful Colorado Monday, our thanks once again to The Other McCain for the Rule Five links!

It is interesting to look at the political landscape here in the U.S. these days.  Terms have largely reversed from what the dictionary definition would imply, particularly where the term “liberal” is concerned.  It is common these days to use the term “classical liberal” to describe advocates of, well, liberty, people like Thomas Jefferson and Thomas Paine.   Or one could use the term “libertarian” and I often use that term to describe my own stated opinions, but that word is also used by a rather minor political party that is not very good at the actual practical art of politics.

Yesterday over in PJMedia, Andrew Klavan had a good short article on the topic:  How The Left Hijacks Liberalism.  Excerpt:

Many leftists seem to have confused their political opinions with their virtue. They may have disagreements among themselves from time to time, but if there’s one thing they know it’s that all those on the right are wicked. I wish I could share their conviction that everyone who disagrees with me politically is bad, but I know there are many good and decent people who vote Democrat.

The question is: Why? Why do they vote that way? 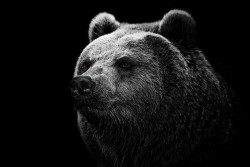 The modern Democrat Party is leftist. We know that leftism is bad for people. We know leftist welfare policies have destroyed the black family. We see how feminism turns women into weak, quivering, delicate creatures fearful of a word or gaze. We understand how multiculturalism empowers the most intolerant and violent of terrorist thugs. What is it that makes nice folks attach themselves to a political position that does so much damage?

I think it is because they are liberal and the left has hijacked liberalism.

It is also common among those on the left to point out that some conservatives are anxious to interfere with people’s sex lives, and that criticism, to be fair, is not unwarranted.

That’s the trap the Democratic party has fallen into today.  Unfortunately for the country, there’s an old political truism that applies:  When you borrow from Peter to pay Paul, you can always count on Paul’s vote.