Thanks as always to The Other McCain (welcome back to Wombat-socho!) Pirate’s Cove, Whores and Ale and Bacon Time for the Rule Five links!

I stumbled across this (pdf) recently from The Lancet, which is one of the most reliable and reputable medical journals in existence.  Excerpt:

Many countries (and members of their press media) have marvelled at Sweden’s relaxed strategy in the face of the coronavirus disease 2019 (COVID-19) pandemic: schools and most workplaces have remained open, and police officers were not checking one’s errands in the street. Severe critics have described it as Sweden sacrificing its (elderly) citizens to quickly reach herd immunity. The death toll has surpassed our three closest neighbours, Denmark, Norway, and Finland, but the mortality remains lower than in the UK, Spain, and Belgium.

It has become clear that a hard lockdown does not protect old and frail people living in care homes—a population the lockdown was designed to protect. Neither does it decrease mortality from COVID-19, which is evident when comparing the UK’s experience with that of other European countries.

Read the whole thing at the link – it’s only about a page – and check the references, which I haven’t reproduced here.  Here’s the author’s background:

Johan Giesecke (born 9 September 1949) is a Swedish physician and Professor Emeritus at the Karolinska Institute in Stockholm.

Seems like he’d have some knowledge of the topic. 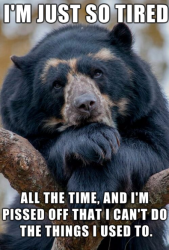 And honestly, for once, a European nation has a model we may actually want to emulate.  The Swedes didn’t lock down their economy; they focused resources on protecting the vulnerable while allowing the inevitable spread of a virus that in the majority of the population is either asymptomatic or causes only minor illness.

We may be moving in that direction to some extent, as the country slowly starts to re-open, but I’m afraid the re-opening plans – some done in defiance of state “authorities” – may be too little too late; it may take a decade to recover from the economic damage that has already been done.  The Imperial City’s response to the economic fallout has been to print trillions of inflation-inducing dollars to throw at the problem.

In summary, COVID-19 is a disease that is highly infectious and spreads rapidly through society. It is often quite symptomless and might pass unnoticed, but it also causes severe disease, and even death, in a pro-portion of the population, and our most important task is not to stop spread, which is all but futile, but to concentrate on giving the unfortunate victims optimal care.

The U.S. and, indeed, most of the world, went down the other fork in that road, and our children and grandchildren will pay the price for it.