Moving on:  The impeachment process is over (for now) and President Trump has been acquitted.  About the Democratic case against the President, I can only say this:

This was a purely partisan exercise, driven by a healthy helping of Trump Derangement Syndrome and anger over the 2016 trouncing of the Anointed One, Her Imperial Majesty Hillary I, Dowager Empress of Chappaqua, who ran promising to double down on the Obama policies and on a two-fold plank of “it’s my turn, peasants!” and “I have a vagina.”

House Democrats assembled a tissue of whoppers, passed them through on a party-line vote, and then dithered for weeks before sending them to the Senate, where even some GOP wet-pants types who had been going wobbly on the question of additional witnesses saw the result and voted against any further testimony.   The “Obstruction of Congress” was a joke, wherein the House filed articles of impeachment as a first, not a last, resort in response to the Executive employing a Constitutionally defined executive privilege that is a key tenet of the system of checks and balances.  No court judgement was sought; the House rushed ahead to impeachment, driven in part by the Crazy Eyes “Squad” idiots, and now have established a new precedent, that the response to any disagreement on policy may be escalated to impeachment.

The whole thing has, honestly, been a fiasco.

I’ve never been a fan of Donald Trump the man, neither during his public tenure as a prolific developer of resorts and golf courses, his reality-TV stints, his Twitter tirades or even his primary campaign.  But increasingly I find myself rooting for the guy.  In the midst of all the attacks, the impeachment, the non-stop, almost 100% negative media attention, he has been deregulating, making trade deals, and overseeing a renaissance of our economy.  He may be a boor personally, but that’s mattering less and less – to me and, apparently, to plenty of other folks. 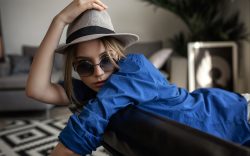 In my nearly sixty years, only two Presidents have failed of re-election, that being the senior Bush in 1992 and Carter in 1980.  Before that, Herbert Hoover in 1932!  Unless something dramatic happens between now and November, the President will cruise to re-election.  In carrying out this shallow, blatantly partisan impeachment, the Democrats handed President Trump a huge re-election club to swing, and oh, by the way, energized the GOP and plenty of right-leaning independents (and even libertarians, like me) like never before.  And when Donald John Trump is re-elected this fall, the RHEEEEE from his opponents will be a sight to see.