Thanks again to Pirate’s Cove for the Rule Five links!

If things blow up with a certain crazy little isolationist nation led by a certain insane little gargoyle with bad hair from a line of insane little gargoyles with bad hair, President Trump will be relying on the U.S. Air Force to help deal with the threat.  In turn, the U.S. Air Force will be relying on the bomber fleet to deliver large amounts of ordnance, in order to fulfill the primary military mission of killing people and breaking things.

The problem is this:  The bomber fleet may not be up to the task.  Excerpt:

Less than half of the bombers President Donald Trump would rely upon to be “locked and loaded” against North Korea could launch today if needed, according to the latest Air Force figures available.

That’s not a surprise to the bomb squadrons who have seen firsthand the combined effects of aircraft age, the demand of 15 years of air war operations and reduced budgets. But the numbers can be stark. Of the nation’s 75 conventional and nuclear B-52s, only about 33 are ready to fly at any given time, according to Air Force statistics. Of the 62 conventional B-1s, only about 25 are ready. With the 20 nuclear B-2 stealth bombers, the number drops further. Seven or eight bombers are available, according to the Air Force.

“On a nominal basis you don’t have more than single digits of B-2s available to do anything,” said retired Air Force Lt. Gen. Dave Deptula, currently the dean of the Mitchell Institute of Aerospace.

“If anything good comes out of the North Korea crisis,” it should be a wake-up call, he said.

“It’s not just the nation’s bomber force,” that is so stretched, Deptula said. “It’s the military writ large. The U.S. Air Force is the smallest and least ready it’s ever been in history – that should get people’s attention.” 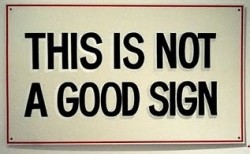 Despite the reduced numbers, the bombers can still meet the president’s call if needed, said Col. Robert Lepper, chief of the combat aircraft division at Air Force Global Strike Command.

“All three of our bomber fleets are capable of meeting their missions – they’ve always dealt with reduced bombers,” Lepper said. “Specifically with the B-2 fleet – we make decisions every day how to best utilize the aircraft … and meet the requirements that are there for us in that given day.”

In other words, we can’t allow even one to be lost.

One wonders how much the multi-billion dollar price tag for each high-tech aircraft (the B-2 Spirit runs about $2 billion) affects the numbers of aircraft we can field.  The U.S. has moved towards expensive, high-tech aircraft almost exclusively, but in a limited conflict with a low-tech enemy, simpler, cheaper, easier-to-maintain airframes would seem to be in order – aircraft like the wonderful old A-10 Warthog of Cold War fame.

For that matter, a significant portion of our bomber fleet remains the old 1950s and 60s-vintage B-52s.  If you want to deliver a massive load of bombs on a target, the BUFF will get the job done – as the Iraqi Republican Guard from 1991 will attest.

After all, Arclight means never having to say you’re sorry.

In the meantime, the Trump Administration talks a good game about increasing readiness and streamlining the military acquisition process.  That’s a good idea, but they’d best get cracking.  We aren’t in a major conflict at the moment, but our involvement in Middle Eastern brushfires are wearing down our forces.  And as Von Clausewitz observed, only the dead have seen the end of war.