Thanks again to Pirate’s Cove and The Other McCain for the Rule Five links!

Amazingly, (or perhaps not) murders in the United States are highly concentrated in a few locations; mostly urban.  Excerpt:

Here’s the primary map, reproduced from the linked article: It doesn’t take a genius to note that many of the most murder-intensive counties are also those with strict gun control laws; look, for example, in southern California and the environs around Chicago.

Look also at the predominantly rural counties, where gun ownership is high but the murder rate is low.

My grandfather used to say “the kids that grow up along the river are never the ones that drown.”  Born in 1898, Grandpa was a man of a different era, but his wisdom here still applies.  When you are talking firearms, folks who live with and use them legitimately in their lives are not the ones committing crimes with firearms.  Criminals are, and they will continue to do so no matter what laws are passed – as witness the Godfather Rahm Emmanuel’s Chicago. 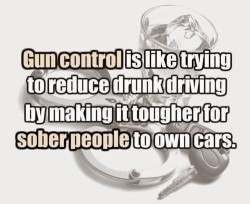 Not that this will stop the anti-gun Left from screeching for more useless gun control laws.  The mantra continues to be “if statism doesn’t work, we just need to statist harder!“

Maybe, just maybe, instead of gun control, we could look at goon control?