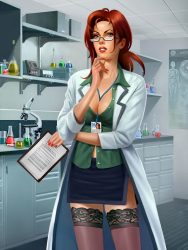 Here’s something interesting; The Real War on Science.  Excerpt:

My liberal friends sometimes ask me why I don’t devote more of my science journalism to the sins of the Right. It’s fine to expose pseudoscience on the left, they say, but why aren’t you an equal-opportunity debunker? Why not write about conservatives’ threat to science?

My friends don’t like my answer: because there isn’t much to write about. Conservatives just don’t have that much impact on science. I know that sounds strange to Democrats who decry Republican creationists and call themselves the “party of science.” But I’ve done my homework. I’ve read the Left’s indictments, including Chris Mooney’s bestseller, The Republican War on Science. I finished it with the same question about this war that I had at the outset: Where are the casualties?

Where are the scientists who lost their jobs or their funding? What vital research has been corrupted or suppressed? What scientific debate has been silenced? Yes, the book reveals that Republican creationists exist, but they don’t affect the biologists or anthropologists studying evolution. Yes, George W. Bush refused federal funding for embryonic stem-cell research, but that hardly put a stop to it (and not much changed after Barack Obama reversed the policy). Mooney rails at scientists and politicians who oppose government policies favored by progressives like himself, but if you’re looking for serious damage to the enterprise of science, he offers only three examples.

One of those examples is an issue on which I’ve written a fair amount myself:  Second, there’s the campaign by animal-rights activists against medical researchers, whose work has already been hampered and would be devastated if the activists succeeded in banning animal experimentation.  Medical research is absolutely dependent on animal modeling, as is pharmaceutical development, and the animal rights kooks that oppose that research (inasmuch as they have any political philosophy at all) are universally creatures of the Left.  The anti-vaxxers are commonly but not universally so; President-elect The Donald has expressed some sympathy to the anti-vaxxer view, which is to be blunt, idiotic.

But the animal rights kooks are the only ones who have engaged in terrorism to advance their goals.

There are really only two kinds of political viewpoints; one that seeks to control the actions of people, and one that does not.  The animal rights crowd and the anti-GMO crowd belong to the former group.